Like every July 1st in Australia, the changes decided by the Australian Government for the new fiscal year come into force. One of the highlights in 2019 for permanent migrants, was that over 100 job positions in the Northern Territory (NT) were created. What has also been a big change in Australia this year is the gaining popularity of the secure and alternative payment method POLI, which can be used to purchase the needed visas. Many thriving industries already have already adopted this payment option, like online betting platforms, where many of these Australian betting sites accept POLi deposits. Those who choose to live and work in the Northern Territory for at least three years can get a sponsor to start their permanent migration path for Australia.

Find out what news has been introduced this year regarding your visa for Australia and compare it to the changes in 2017.

1) The Price of Visas for Australia

The first novelty concerns the cost of visas for Australia, which has undergone a slight increase compared to the past few months. True, it may not seem like good news, but we must say that these are really insignificant increases.

The cost of the Working Holiday visa

Let’s start with the most requested and most popular visa among those who choose to have an experience in Australia. From July 1st 2019, the price of the Working Holiday visa has increased from $450 to $485. The difference is truly minimal compared to the amount spent by those previously.

The cost of the Student visa

In the case of the Student visa, the increase is a little higher – from $565 to $620. However, let’s not be scared by the change. A small figure, in words it is sustainable, for those who are thinking of having an experience on the other side of the world!

But these are not the only changes introduced in this new fiscal year. Let’s see what the others are:

It has already been announced in recent months, but now it is a reality. Those applying for a Working Holiday visa will have the possibility to apply for a three-year visa, provided they have worked for at least six months in the primary sector during the second year of their Working Holiday. Good news for those who would like the WHV never to end!

Yes, the Australian Government has forecasted an increase in the Australian minimum wage, starting precisely from July 1st, 2019. The established increase will bring the minimum hourly wage from $18.29 to $19.49. It will allow those who benefit from the rise, to put in their pockets, almost $90 more per month!

In addition to all these, some changes came into force at the start of 2019. Let’s summarise them so that you’ve got the full picture.

A few months ago, it became necessary to provide proof of your economic conditions when you are applying for a Working Holiday visa. Even in this case, however, do not worry. You do not have to show astronomical figures for your application to be accepted, the amount requested is $5000 (Approximately €3000/£2700). Plus, you have to prove that you have enough money to buy a flight out of the Country. And if you don’t have these funds? You can have a guarantor (parent or relative) who claims to support you in your experience and provides the necessary financial amount necessary.

Some Australian states introduced new paths aimed at making the request for the much sought after Permanent Residency a little easier. These include: 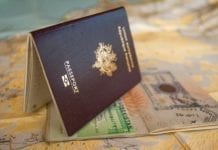 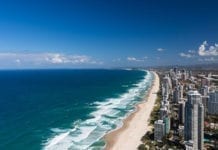 What Is The Employment Nominated Scheme (subclass 186)? 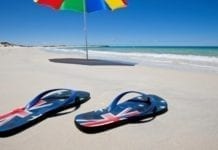