Motorcycles are synonymous with rock ‘n’ roll. Leather jackets and big engines. It is no surprise then, that so many of our favorite rock ‘n’ roll musicians have fallen victim to motorcycle accidents in their time. In fact, some say, it is a right of passage.

Sometimes, unfortunately, motorcycle accidents are unavoidable, and they can on occasion be fatal. It is important that you have a motorcycle you do not try to emulate your rock ‘n’ roll superstars and ride safely. There is nothing particularly fashionable or cool about being brought home in an ambulance, or, never being brought home at all. Motorcycles are dangerous and do not look toward celebrities who ride recklessly with admiration.

If You Have Been in An Accident Stand Up for Yourself

If you have been unfortunate enough to have been the victim of a motorcycle accident, seek legal aid. Many drivers are very negligent and do not show courtesy to motorcycle riders. The professionals of https://www.brookslawgroup.com/motorcycle-accident-lawyer, a physical injury attorney, say that motorcyclists must stand up for themselves, as crashes can quickly turn fatal. If you allow a negligent driver to get away with causing you injury, you risk them doing it to somebody else. It is incumbent upon you to vehemently pursue legal action against any driver that hits your motorcycle.

Drivers can become very careless when it comes to accommodating motorcyclists, and many drivers do not seem to even acknowledge that they are there. Motorcyclists have no protection in case of a crash, and this is why there is such a high fatality rate when it comes to motorcycle accidents. Rather than allowing a reckless driver to get away with it, pursue legal action.

With this disclaimer out of the way, here are six musicians that were injured riding their motorcycles.

Duane Allman, a member of The Allman Brothers band, was killed in a motorcycle accident in October of 1971. Allman was only twenty-four years old and was on the way to the band’s bass player Berry Oakley’s home in Georgia. Allman crashed into a semi-trailer that suddenly pulled out in front of him. Allman’s Harley Davidson skidded and flipped, dragging him fifty feet underneath the bike. He died that same evening.

Eerily, Berry Oakley, exactly a year later, crashed his Triumph motorcycle into the side of a bus just under a mile away from the exact spot that Allman had died. They are both remembered for their huge contributions to music, and the band they once played in still played up until four years ago.

Rock icon Billy Idol crashed his Harley Davidson Sportster after running a Hollywood stop sign in 1990. The crash happened at 8:30 in the morning and Idol ran straight into the side of a car; he was without a helmet. Idol was rushed to Cedars-Sinai Hospital in Los Angeles. Surgeons operated for many hours and were successful in avoiding amputating his right leg. Following the crash, Idol would spend the next six months in bed, unable to stand. Twenty-one years later, Idol crashed again in a similar fashion and needed surgery on a broken foot.

Folk legend Bob Dylan, the man with the harmonica, crashed his motorcycle in Woodstock, New York, near his home, in 1966. The accident has been shrouded in mystery for many years, with some conspiracy theorists suggesting that the crash never happened at all and that it was an excuse for Dylan to stop touring and focus on his family, as there is apparently no recording of any ambulances being called out to Dylan’s home. Spooky.

Steven Tyler, the infamous Aerosmith frontman, crashed his motorcycle in January of 1981. While riding in New Hampshire, under the influence of drugs and alcohol, Tyler came off of his motorcycle and split open his heel. It took a year for the injury to heal and Aerosmith postponed tours, writing, and musical recordings until he had recovered. Tyler was on the way to pick up his daughter Mia, and luckily, did not crash with her on the bike.

Anthony Kiedis, the Red Hot Chilli Peppers frontman came off of his motorcycle in July 1997. Kiedis swerved to avoid a car making an unexpected U-turn but was unable to put enough distance between him and the car and rode right into it. Kiedis dislocated his wrist and shattered his forearm. After five hours of grueling surgery and extensive physical therapy, Kiedis recovered.

Now you know six musicians injured, or unfortunately killed, by motorcycle accidents. Riding motorcycles is safe providing you are careful and the drivers you share the road with are courteous. Always pay attention when riding, as there is always the potential for an accident to happen. 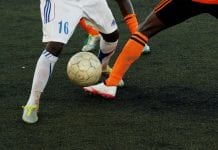 4 Reasons Why Football is the Most Entertaining Sport 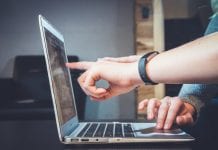 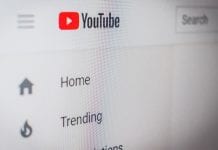 How to Make the Best Travel Videos and Grow Your YouTube Channel?