If you ask a person what animal they are afraid of, there’s a good chance that they’ll mention a shark. There are a few movies that are based on this natural predator. Yes, that famous shark movie Jaws is based on a bull shark attack. After all, their size, strength, and speed can get anyone the tingles just thinking about it. One pretty famous species of sharks is the bull shark. Unlike other sharks, they like to wander around near coastlines, which is why humans can come in contact with them. If you think that’s not scary enough, we listed down some bull shark facts that will make you second-guess about going into the waters.

Bull Sharks Can Survive Both Freshwater and Saltwater Conditions

Backpacker Perth to Broome Tours are full of life-changing surprises. If you think that you can only spot bull sharks in the ocean, then you are wrong. Bull sharks can also live in freshwater like rivers. Unlike other animals, bull sharks can exceptionally adapt to the harsh conditions of both. Especially when it comes to the salt content of a bull shark, its kidneys and livers work together to maintain sufficient salt when they’re in saltwater. Another fact, older bull sharks live in saltwater. In Oklahoma, there is an aquarium filled with bull sharks.

An experiment was conducted to tell whether bull sharks can see colors. Well, just like other fish species, bull sharks are colorblind. However, the photoreceptors in their eyes can tell bright lights from low lights. That is why bull sharks can navigate their way around during the daylight. So if you’re going swimming, it is highly suggested that you wear swimsuits with low contrasts so you don’t attract these curious wanderers. How’s that for some bull shark facts?

There’s a Golf Course in Australia Filled with Bull Sharks!

A lake near the Carbrook Golf Club became a hit for events, parties, and weddings after a flood left some sharks stranded in the lake. Ever since some bull sharks were left stranded in the lake in 2011, they became one of the tourist attractions when golfers would play. Every last Wednesday of the month, the owner of the golf club would hold the famous Shark Lake Challenge.

The Biggest Threat to Bull Sharks are Man

Bull sharks can be found in all oceans around the world. However, Australia and India are famous for bull shark attacks. In Africa, bull sharks would attack hippos. The only animals that would have the guts to attack a bull shark are other bull sharks, tiger sharks, great white sharks, and crocodiles! 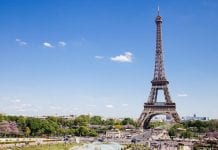