The NETGEAR R7900P, also known as the NETGEAR Nighthawk X6S Smart Wi-Fi Router with MU-MIMO, features a revolutionary Wi-Fi Tri-Band system that offers incredible wireless speeds of up to 3.0Gbps. X6S improves Wi-Fi efficiency by dramatically allocating each order to the fastest and most reliable Wi-Fi band achievable.

With this, there is incredible network speed and everybody can experience unrestricted Wi-Fi access. Although if everybody and every gadget at the house connects to this Wi-Fi connection while also conducting various tasks such as working, broadcasting, chatting with friends, and gaming, the Nighthawk X6S won’t budge an inch in one go.

NETGEAR R7900P will always be capable of giving you and the rest of the family smooth access to the internet and no latency at home. This Wi-Fi Router is among the best and most powerful routers you can have.

NETGEAR Nighthawk X6S features high-speed, tri-band hardware, and so many more functionalities. The NetGear nighthawk x6s router does anything that can only be achieved by a handful of routers. It can combine two network links in a single device coupled with RJ45 LAN ports.

It is also constructed around the BCM4365E Wi-Fi chip from Broadcom and features a 1.8GHz dual-core processor. The NETGEAR Nighthawk X6S, which is 512 MB and 128 MB RAM, has durable storage to store device network configuration and firmware.

Nighthawk X6S also uses the new and cutting-edge MU-MIMO innovation to attach to multiple gadgets simultaneously. Another unique aspect of Nighthawk X6S is the Dynamic Quality of Service element of NETGEAR, which equalizes the bandwidth of your local network among members of the family.

The QoS program concentrates on data-heavy applications such as games, video sharing, or teleconferences. The Nighthawk X6S Smart Wi-Fi router enhances how it spreads traffic through three accessible broadcast networks, because of information distribution.

The router determines the best way of transmitting information from router to device. Nighthawk X6S can deliver a powerful signal of 609.8 and 580.6 Mbps, solid enough to breach concrete walls and ceilings, or even dense brick buildings.

The Nighthawk X6S is among the best competitors in the market, in favor of firewall and cybersecurity functionality. It is one of the most excellent wireless routers available, with everything in one system offering, real-time security.

The partnership with NETGEAR Armor is another significant component of the Nighthawk X6S. NETGEAR Protection defends against cyber invaders from your household wifi network, private digital phone, and other IoT necessities.

The NETGEAR ReadyCLOUD enables you to browse your data and upload them on a USB flash drive. You just have to attach your flash drive into the NETGEAR Nighthawk X6S router to safeguard your online privacy storage to view that functionality.

The NETGEAR routers Circle app helps parents to regulate the devices of their kids. Circle allows you to schedule sleeping times, browse the history, establish time limits, and reward your kids by creating later sleeping times and extended time limits. By integrating the NETGEAR Armor, the NETGEAR R7900P has specialized protection functionalities.

NETGEAR Armor prevents cyberattacks, including viruses, trojans, malware, and other risks digitally before compromising your router. The router can recognize all the incoming and offsite traffic of the network in terms of firewall protection, and prevent ransomware activities quickly.

Other features that are also significant and beneficial are the ALEXA Voice Control from Amazon that comes with your router. Every firmware update will be automatic and it will include double firewall protection.

High-Powered Amplifiers and Antennas is another feature of NETGEAR router. Aside from all of that, it also includes ReadyCLOUD and ReadySHARE USB Access and VPN support.

NETGEAR Nighthawk X6S-R7900P Wi-Fi Router has nothing to do with stability. With NETGEAR Armor, you can receive world-class protection to safeguard your home from malicious software, hacked credentials, data exploitation, and data breaches.

Having everyone connected to the Wi-FI, and regardless of what they are doing, you can still count on Nighthawk X6S to hold anything equally so that everyone at home could do what they ‘re enjoying with smooth visibility and zero latency. 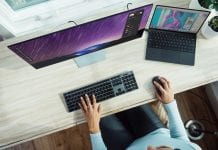 The Zero-Day Exploit And Its Effects To Your Softwares 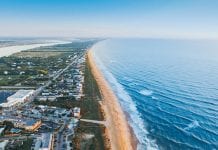 Things You Can Do When in Florida 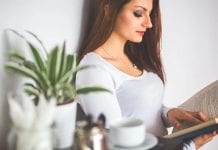 Useful Tips To Buy The Right Air Filter For Your Space