Being one of the best nightclubs in Melbourne, the three-level Brown Alley’s weekly entertainment spans techno, R&B, electro, indie and breaks.  The nightclub features an open rooftop bar, which is the smoker’s area.

Some of the upcoming live entertainment are as follows;

Enjoy the Mexican masked wrestlers doing a combination of sport, entertainment, incredible athletics and dramatic storytelling all wrapped up into a flamboyant display.  Witness live combat art forms such as wrestling, judo, jujitsu, grappling, kickboxing and boxing, as Brown Alley will slowly be transformed into a Mexican Arena.  Be absorbed into the hula hoops and other great dancing performances by the beautiful and exotic “Chicas”!

Loop is an independent art space and bar.  It has hosted an eclectic mix of the curated screen, sound and performance-based art projects for the past 16 years.  The club transforms into a venue of intimacy over the weekends with minimal, immersive dance music, while at other times featuring underground techno artists with proven technical skill and live visual artists.  It also presents programs of film and video, audio-visual performance, experimental music and art forums.

Hosting an all-inclusive and wheelchair accessible party heaving with disco and pop bangers as well as local drag and performance artists of comedy, spot numbers and games, Honcho Disko is the only place to party with your fellow queers in this neighbourhood.  This is a cabaret and cocktail bar as well.  It is also home to Equal Love Melbourne, where community members who fought for equal marriage hang out.

Like this, Read this: Lido Comedy show Tuesday’s Melbourne Australia 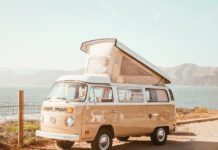