Imagine this: you’re in a public place when your child suddenly starts screaming and spinning. A pair of eyes turn to you, then another, then another. All of a sudden, you receive disapproving glares and you start hearing murmurs from the crowd. People start asking why you can’t control your child, and they automatically assume that your kid lacks discipline.

If you have a child with autism, you might have experienced this situation once or twice. Some people just do not understand what the disability is but they judge you anyway. During these moments, you feel the stigma that the world has attached to autism. Many people view it as a source of shame and disappointment. Researchers even say that this stigma is preventing families from seeking help, from participating in their communities and from living normally like their neighbors.

One of the reasons why some people treat persons with autism too harshly is because they do not understand the condition very well. Before we can break the stigma surrounding autism, it is important to know what it is and what it is not.

Autism, or autism spectrum disorder (ASD), is a broad range of conditions characterized by repetitive behaviors, and speech and nonverbal communication challenges. Children with this condition have trouble socializing. According to the Centers for Disease Control, an estimated 1 in 59 children in the United States are affected by autism. Usually, indicators of autism appear by ages 2 or 3. Some developmental delays may appear earlier, but it can be diagnosed as early as 18 months.

This condition has many subtypes, which are mostly influenced by both environmental and genetic factors. It is a spectrum disorder, so each person with autism has different strengths and challenges. The development of autism is influenced by several factors and is often associated with sensory sensitivities and other health issues. There’s no diagnostic blood test for autism, but you can have your child take an autism test to detect any signs or symptoms of the condition. This will help your doctors create a plan for early intervention, which is essential to your child’s well being.

In some areas, children with autism rarely get the care and attention they badly need. Because of misinformation, these children are discriminated against. Some schools even turn back children with ASD due to the stigma related to it. The best way to get rid of this stigma is to increase awareness about autism. This must be incorporated into educational institutions and should be fostered by parents, teachers, and everyone in the community. Social media can also be used to reach millions of people from all over the world and spread awareness. There are many social media groups that act to give people with ASD a place to find support, comfort, and understanding. If you’re still unsure of what to do, donating can be a huge help for the cause.

The stigma around autism should be addressed now. These children have their rights too, just like everyone else. Educate yourself and share the knowledge with the people around you to break the stigma. Let’s make this world a better place for everyone! 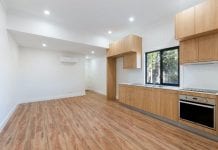 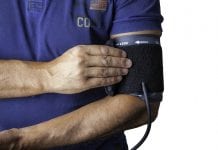 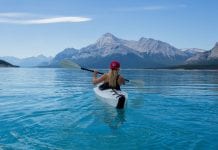 4 Reasons Why You Need to Try Kayaking