With the anticipation for Euro 2020 rising more with every day, rumours are running high for how the campaign will play out. Who will win, who will lose, and which teams will be out to surprise us all with unexpected outcomes? If you were thinking of making some money through betting while the tournament is on, try to learn football betting, by going online, there are lots of different how to guides.

While England are tipped to be the winners of the tournament, there are plenty of other potential conclusions that we could see. Here are some potential shocks that could potentially occur going forward.

Turkey to Impress and Advance to the Semi-Finals

While Turkey may have failed to impress in terms of the international scene, in Euro 2008 they advanced to the semi-finals. Following that, they failed to get beyond the group stage in Euro 2016. Fans have grown frustrated in recent years with their underwhelming performances, but with a place at Euro 2020 confirmed and rising talent among the team, they could not only make a more impressive showing but also make it quite far into the competition. They have the likes of Enes Unal on their side, as well as something to provide to their fans and competitors.

Spain to Reach the Finals

Spain have had three underwhelming tournaments in a row, so the pressure is on for Spain at Euro 2020. It might be easy to dismiss the team, in spite of a great pool of talent, given the calibre of their rivals, but they have a good chance of winning next year. At Euro 2020, with everything to prove after the end of their last dominant run in 2012, Spain could reach the finals for the first time in eight years.

Denmark to Put on a Great Performance

In the 2018 World Cup, Denmark put on a great show and were ultimately eliminated by penalties against Croatia. But in the last two years, their youngest players have gained a great deal of experience and this will be on their side as Euro 2020 progresses. It’s expected by some that they will go further than they did at the most recent World Cup and potentially, they could even reach the semi-finals. Denmark have performed well in recent years in other matches and have a great team behind them, so they’re more likely to have a successful campaign than people might expect.

Poland Will Bounce Back

They might be tipped as the underdogs, particularly given their underwhelming performances of recent years, but Poland have every opportunity to redeem themselves with a strong showing this season. They have all the talent they need to bounce back so it will be interesting to see whether they can achieve it.

Belgium could be in with as good a chance as any to win the tournament in 2020. They’re tipped as one of the outsider teams to win at present, but they’ve shown an impressive display against the likes of Brazil and England that could make them ones to watch going forward in the Euros. Barring any major injuries, they have a great chance of coming out on top. 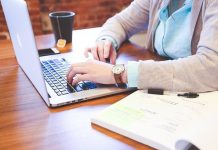 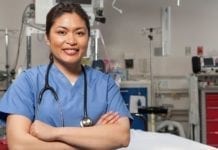