To Celebrate 25 Years of Café Mambo we caught up with the team who make this iconic Ibiza cafe, bar and venue what it is today. The enterprise was launched in the 70s by Javi who moved from Northern Spain with his Scottish girlfriend (now wife), Café Mambo won GQ’s award for best bar shortly after its opening in the 90s. Alongside the flagship which celebrates its 25th anniversary this season, The Mambo Group also includes a slew of successful hotels, bars and restaurants across the island; Casa Maca, La Torre, Villa Mercedes.

In a few sentences, what does it take to run Café Mambo?

The main thing to run mambo is to be calm under pressure. The place has such an energetic atmosphere whilst in full swing, then you must remain controlled without getting sucked into it.

Who played your most memorable set at Cafe Mambo of all time?

The best set has to be with Jason Bye playing for Clockwork Orange the place was pumping!!! Also this year we had Fisher playing and that was electric.

Do you have a favourite beach on the island?

My favourite beach has to be probably Cala Bassa as it has a little bit of everything going on. Sangria Cava goes down a treat.

Do you get out on the water much? Can you recommend anywhere to take a boat for a day trip?

When I get the opportunity to go out on the boat I love to stop in Cala Comte a little out as you can do some cliff jumping and the water colour is an amazing, crystal clear blue.

What’s your most requested cocktail at Café Mambo?

The most requested cocktail is strawberry daiquiri.

I am a creative person, I like change and mixology is all about creativity. 10 years ago I felt I needed a change and my hometown wasn’t my place anymore. I remember it was spring and as a person who loves the sea, the beach, the sun…Ibiza just came to mind. Two weeks later I was packing my suitcase for the summer. Now, 10 years later Ibiza is HOME.

You must have had the opportunity to hear some great DJ sets in your time, can you name some stand out performances? or who has been your favourite?

My favorite DJ from all time is Loco Dice :).

Where’s the best place to go for breakfast/brunch the morning after a big one?

My favorite place to go for lunch is Es Boldado…it’s a restaurant on the edge of a cliff with views of Es Vedrà the mystical rock in the sea. It’s my favorite place on the island.

If you had to create a cocktail for the 25th anniversary of Café Mambo – what would it be called and what would be in it?

What influenced you to become a chef?

Going on holidays and eating in great places!

Can you tell us a bit more about your career and what lead you to Ibiza?

I worked as a chef in Zaragoza, Spain for 9 years and studied in the Dominican Republic. Then discovered Ibiza and am here since.

What is special or different about being a chef at Mambo in comparison to your previous posts?

Working in Mambo is like being part of a family!

Who’s the most famous person you’ve cooked for at Café Mambo?

That’s a tough one! Every client is special so…

Do you have a favourite dish from the menu? If so which one is it

The Avocado on toast for breakfast.

Can you recommend a classic ‘Ibiza’ meal?

“Bullit de Peix” a tradicional fish stew, from Can Milas.

Where is the best Paella in Ibiza?

At our sister restaurant on Cala Gracioneta beach.

When did you decide to move to Ibiza? What was it that made that decision for you?

I decided to move to Ibiza in July 201, I came to Ibiza for the first time on holiday with friends to celebrate my 21st birthday. On our last evening we had a table in Mint Lounge, which nextdoor to Café Mambo. We were given wristbands to go behind the DJ booth in Cafe Mambo. We were able to go behind booth with some of the biggest DJ’s in the world including MK, Martin Solveig and Jax Jones. It was a night to remember and that night I told myself I would move to Ibiza the following year and hopefully work at Café Mambo.

What is it like working at Café Mambo? Especially with Javi and the Anadon family.

Working at Cafe Mambo is nothing but special. Each night we get to witness the most amazing sunsets and also get to see some of the biggest DJ’s in the world including Camelphat, MK, Fisher, Fatboy Slim and many more. Working at Cafe Mambo is challenging, demanding and fast paced but also so rewarding. Working with Javi and the Anadon family is an honour. To see the determination and hard work that they put in to develop Grupo Mambo each year is inspiring.

Can you tell us the skills you need for the role?

What is the best thing you’ve seen or heard at Café Mambo?

Last year when it was my first year working for Cafe Mambo, I had the opportunity to work for the BBC Radio 1 weekend. It was like nothing I had ever witnessed before.

Can you think of the funniest questions someone’s asked you as the host?

The funniest question I have been asked as a hostess if they cannot see the sunset due to weather is a refund possible.

For people who want to explore Ibiza, can you recommend a part of the island/place people should try to get to?

My first recommendation would be Ibiza town. It has everything you need, shops, beaches, beautiful bars and restaurants and you can also go to Dalt Vila to see the amazing views of Ibiza town. 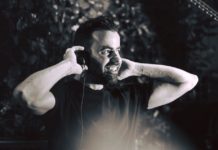