In case you have ever been involved in a truck accident, you know how frightening the experience can be given the high risks that one is exposed to. The accident case could prove to be challenging, especially when trying to establish the liable party. Generally, numerous parties could be held responsible, although most people tend to point the blame on the truck driver. In case you are involved in a truck accident, it’s always advisable to seek attorney services immediately, and you should contact the one who has vast knowledge in such a claim.

Here is a summary of all the parties that could be held liable along with the method to determine the responsible party: A truck driver might be held liable for the accident due to various reasons. The driver might have broken the law, been distracted when driving the truck, or experienced an operational problem with the truck. In case the driver was intoxicated with alcohol or drugs, then they must be held accountable for all damages they caused. Other factors could pin down the driver, such as long hours of driving in a single trip, poor health conditions, drowsy driving, and driving at night. Most often, the driver is held liable for damage of property, injury, or death without considering the possibility of other parties causing the fault. Transport experts will always advise you to contact Bence Law Firm immediately after the accident, given that as a driver, you might be under pressure to resolve the matter despite the fault being a result of someone else’s negligence. The accident might be traumatic, and, in most cases, you are not in the right frame of mind to make the right decision; consider calling your attorney, given that you can’t face a lawsuit against the trucking company alone.

The Manufacturer or The Cargo Loaders

The accident might have been a result of the cargo found in the truck. In some instances, the loader fails to inspect the shipment and secures it poorly. In such a case, the loader should be held liable given that the equipment or boxes fell off, resulting in injury or physical damage to other vehicles. Besides, the truck manufacturer may be held responsible in case they manufactured defective truck equipment that caused the accident. Vehicle parts could have a malfunction resulting in mechanical failure, blowing out of tires or fault in the brakes. In such a situation, the truck manufacturer is held liable, and the responsibility of paying for damages or any other form of compensation solely lies on them.

There are situations whereby a trucking company has leased the truck and uses the truck for its daily operations. In such a case, the truck owner is held liable for the accident. They might be held responsible simply because they might have been irresponsible when inspecting the truck, maintaining the tires, poor maintenance of the internal gadgets, and inadequate engine inspection. It is the truck owner’s responsibility to maintain the vehicle parts such as tires, fluids in the engine, all-electric systems, and the brake pads. Government regulations stipulate that the owner should regularly inspect and maintain their trucks. Failure to abide by the federal rules would result in the truck owner being held liable for all damages.

The Lawyers Role In Determining Liability

In a case where a truck accident victim is unable to prove the party that is liable for the accident, a hired attorney might help you identify the responsible party and get suitable compensation. By investigating and gathering proof, your appointed attorney will uncover the fault party and the reason behind the accident then hold the responsible party to account in a court of law.

Generally, determining the responsible party in a truck accident could be complicated, given that you might be under pressure or fear criticism from your employer. However, with the help of a skilled attorney, you can relax and know that all matters will be resolved, and you will get fair compensation. After all, numerous parties could be held to account, don’t accept that blame! 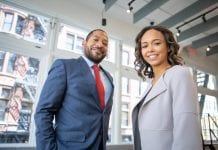 How Technology Affected Law Firms In The Past Decade 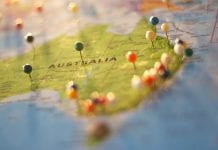 Planning a Holiday Trip in Australia? Here’s What You Need to Know 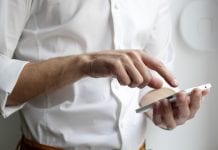 The 6 Most Important Numbers You Should Have on Speed Dial