First thing’s first, you have to know that growing marijuana in Australia is still illegal. The only way you can grow weed legally is for medicinal purposes, which is heavily regulated by the Australian Government and the Office of Drug Control (ODC).

Obtaining medicinal cannabis can only be done through a prescription from a medical practitioner, and it can only be bought in pharmacies in the form of oils and tinctures.

To buy online weed seeds in Australia and start developing a business revolving around cannabis, you must first obtain all the necessary permits from the ODC.

The exception to the rule is the Australian Capital Territory (ACT), where cannabis has been decriminalized, and it’s not considered a criminal offense to possess small amounts of marijuana.

This also includes the cultivation of plants – every citizen above the age of 18 can cultivate up to two plants or up to four plants per household. The cannabis still has to be kept out of the reach of the public and any children.

Smoking weed in public or driving under the influence of cannabis is still illegal. Selling weed is also a criminal offense, as it’s meant to be only for personal consumption.

Due to Australia’s climate conditions, there are slight differences in growing marijuana outdoors. In more temperate regions such as Tasmania, Victoria, and the ACT, it’s possible to grow cannabis outdoors as the summer temperatures are still moderate.

In the central, non-coastal parts of the continent, which has more desert-like properties, it’s practically impossible to cultivate cannabis outside, as the heat can be immense and ruin the crop.

As growing marijuana has only been decriminalized in one part of the country, we’ll take the ACT as an example for a couple of tips and tricks on how to get your plants growing and flowering.

In Australian weather, you can start preparing for your crops as early as August. The temperature will start slowly rising, and there is almost no chance for frost to damage your plants.

When it comes to picking out a type of cannabis you want to grow, be aware that plants with predominantly Sativa genes will fare much better in the heat of an Australian summer than Indicas. Pay attention to that in your research and when ordering the seeds.

When prepping the soil you intend to use, there are many different approaches you could take. The quality and consistency of the soil will very much affect how your plant grows.

In late August or in September, you’ll be able to start with the germination process with your seeds, preferably indoors, as the days will still be short, and the young plants will need about twelve hours of sunlight. Consider getting grow lamps to cover this early stage.

To the Great Outdoors

As soon as October, or when the temperatures reach over 21 degrees Celsius, you can start moving your plants outside during the day. Make sure to bring them in overnight, as they will undoubtedly get too cold outside this early on.

At this stage, the plant will need at least twelve to thirteen hours of sunlight, so if the day is still a bit short for them, consider using that grow lamp for short periods when you bring the plants inside.

During November and December, the temperatures should finally be high enough so you can leave your plants outdoors for the whole day and night cycle. That is if the temperature doesn’t drop below fifteen to sixteen degrees Celsius over the night.

In this period, the days are longer, and it’s warmer, so you can expect your plants to grow at an accelerated rate, and if you are cultivating auto-flowering plants – to see the first flowers.

Weeding Out the Weed

In January, you should be able to differentiate between the male and female plants in your garden. It’s essential to weed the male plants out; if they pollinate, your crop will be significantly reduced.

If you are unsure how to tell them apart, wait to see some wispy white hairs on the plants’ part. Those that have them will be the females; those that don’t should be removed as soon as possible.

Once that is done, it’s pretty much smooth sailing to the harvest season, usually in April.

As long as your plants are well watered, get enough sunlight and love, you can look forward to a plentiful harvest and some relaxing gardening time.

Follow these simple tricks, and do your research to get that weed growing. 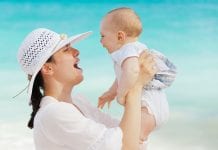 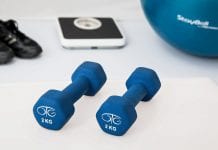