Crafting alt-folk rhythms all the way from Canada, Owen Meany’s Batting Stance is the moniker for Daniel Walker.

Following on from the release of his self-titled EP, the Daniel returns with new single ‘Breakfast Again’ taken from his forthcoming album ‘Feather Weights’ with LHM Records.

Daniel tells BBM: ‘Breakfast Again is about the emotions: the worries and resolution that come with no longer sharing a life with someone important to you’

Hey Daniel, welcome to BBM. How are you today?

Howdy all! I’m doing well thanks, sipping coffee to start off the day.

Owen Meany’s Batting Stance is a reference to John Irving’s novel ‘A Prayer For Owen Meany’. The book centers around the relationship of two best friends, Owen Meany and Johnny Wheelwright. Early on in the novel, the two are playing on the same little league baseball team. Since the start of the season, Owen has set a personal goal to hit a home run however, his extraordinarily small stature has made this task seem impossible. Throughout the season, each time he makes contact with the ball, it dribbles to the infield and he’s easily thrown out. Despite all these failed attempts, Owen’s resilience never wavers and he truly believes he’s able to hit a home run with each successive next at-bat.

Fast forward to the last game of the season. It’s the 9th inning, Johnny and Owen’s team are down by a run and there’s two teammates on base. It’s Owen’s turn to step up to the plate and he will either strike out or get thrown out, (thereby losing the game and effectively ending their season) or make contact with the ball to win the game. The outfield moves closer to the infield, and the infield moves closer to the pitcher anticipating Owen’s usual weak batting attempts. The pitch is tossed and this time, by some miracle, Owen swings and the ball rockets off the bat.

The ball starts sailing higher and higher, farther and farther back, and goes over the fence. Unfortunately, it’s a foul ball and on that foul ball’s way back down to earth it hits Johnny’s mother in the head killing her instantly.

This is the essence of Owen Meany’s Batting Stance.

Owen achieves the fundamental goal he set out to meet, hitting the ball such a distance that it would count as a home run if it wasn’t a few meters out of bounds. Furthermore, the pursuit and debatable achievement of this goal ends up killing his best friend’s mother. I chose this moniker as a reminder that the goals we pursue can often have unforeseen and unwanted outcomes. Essentially, to be careful what you wish for.

You’ve recently released your new single and video ‘Breakfast Again’, what were your inspirations behind the track?

‘Breakfast Again’ was inspired by the end of my first adult relationship a few years ago. I wasn’t the person who made the decision and not sharing in wanting  that outcome left me quite confused for a while. I was talking to my dad one day and he told me to focus on the little things in my days to start making steps forward. One example he gave was a reminder to make breakfast for myself. ‘Breakfast Again’ details my struggle with reconciling being without the person I cared for and ultimately being truly ok with my new reality while wishing nothing but the best for them.

Your forthcoming album ‘Feather Weights’ is due on October 2nd – What can you tell us about it?

Often I can get lost in my head, projecting worries and uncertainties. The title ‘Feather Weights’ represents these burdens we place on ourselves, real or imagined.

Did you encounter any challenges during the recording process of ‘Breakfast Again’ or ‘Feather Weights’?

Yes. Absolutely. The recording process for ‘Feather Weights’ was one I don’t wish on my worst enemy, or least favourite band. At no fault of the band or producer, it was teetering on a fiasco. We faced two major challenges, one being locked into an awful record contract and the second was having our studio demolished.

After the first album was released in 2016, OMBS  gained a lot of momentum. I was able to tour Europe, got a few award nominations, and the band was getting industry attention. I ended up eagerly signing a record deal with an American label who although promising, essentially ghosted me while I was recording the album. They stopped replying to calls, emails, and texts so it left the recording process at a standstill. Thankfully I’ve got a wonderful label now.

The second challenge was that the building housing the studio we began recording in got demolished. We didn’t have much notice and the producer had to find a new location and set up in the new space. All this extended the recording process quite a bit longer than I had planned.

As a multi-talented musician, what part of the production process do you enjoy the most?

My favourite part of the production process is recording the vocals. Often at that point in the process the ‘bed-tracks’ are also recorded so it’s usually my first time hearing the song rounded out with other instruments. Additionally, although editing lyrics is embedded in my writing practice, when I listen back on newly laid vocals there are slight revisions to the lyrics that are often not identified when the lyrics only exist on pages. For me, laying vocals is the final step in completing the process of songwriting.

If you could headline any festival in the world, what festival would you choose and why?

It would be a dream of mine to play, let along headline, The Newport Folk Festival. They do such a fantastic job programming and highlighting incredible songwriters. It’s a community and culture that revolves around writing which I feel is pretty unique compared to other similar scaled festivals.

Any tips for aspiring artists?

Be true to you and try not to let imposter syndrome settle in! More tangible advice is to be active in your music community. If you’re not yet comfortable playing on a stage, go to shows. Find the musicians and writers that you feel connected to personally and eventually you’ll be a part of a supportive, like-minded community. A rising tide lifts all ships.

Finally, what are your hopes for Owen Meany’s Batting Stance in the future?

With the current COVID realities OMBS has had to course correct our plans. I hope we’ll be able to tour the UK in a year from now but in the meantime, my focus is on writing and recording the next record. Playing shows is my favourite activity in the world. Truthfully I am hoping for a future where we can safely perform and attend live music once again.

Thank you for your time! 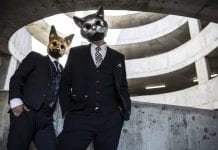 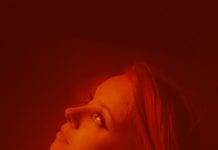 In Conversation With: Rebekah Fitch 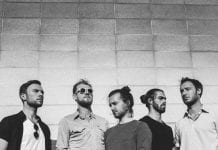