For many British expats in Australia, these are uncertain times for their home country, and while the outgoing Prime Minister and his beleaguered opposite number try to make sense of it all, it’s worth remembering there is one overwhelming factor that needs to be considered before any kind of withdrawal is implemented.

What about Article 50 For Withdrawing From The EU

The sticking point for many people post-referendum is this business about Article 50. No one was talking about it during the campaigning and many voters didn’t even know what it was until after the event, but put simply Article 50 of the Lisbon Treaty sets out exactly how a country should withdraw from the EU and David Cameron said it would be activated as soon as a majority leave result was confirmed. But he didn’t, he hasn’t and he won’t. By taking no other steps other than resigning, Mr Cameron has left Article 50 sealed safely inside its glass case, yet to be broken.

This political movement has shifted the spotlight over to the Leave campaigners such as Michael Gove and Boris Johnson who looked a little pale when they gave their first conference on Friday morning. The burden of triggering Article 50 and the subsequent enormous constitutional upheaval is now weighing heavily on their shoulders, quite unexpectedly.

Neither wants to press the button because they are wholly unprepared for the fallout. All manner of divisive European issues will be unleashed and they simply do not have a clue as to how to deal with any of it. It has now been revealed that virtually no post-Brexit plan was ever written up – not by the Leave campaigners, not by Downing Street, not by anyone.

As a result, Britain finds itself in a political storm the likes of which no one has seen. No one knows what to do now. It’s a mess of incalculable magnitude and only a new government with a clear agenda will be able to steady the ship. Who that may be is anyone’s guess.

How Brexit Will Affect Australia

The leave vote has sent shockwaves through Australia who have strong ties with both the EU and the UK. In fact over the last two years, 48% of Australia’s exports in services to the EU were through the United Kingdom. Australia receives somewhere in the region of $170 billion from foreign investment and just over 50% of that comes from the UK. The now fractured relationship between the UK and the EU has also undermined Australia’s role, and negotiations between the EU and Australia regarding trade deals, climate change and counter-terrorism will need to be reassessed.

For many Australians living in Europe, there is now uncertainty as issues surrounding visas and passports are called into question. For 37 year-old Adelaide-born Rebecca Giesbers, the Leave vote is a potentially disastrous one. Speaking to ABC, she said ‘I became a Dutch resident based on the rights granted to me via my British and EU citizenship… I now wonder what this means for me. Will I be allowed to remain in the Netherlands with only my UK or Australian passports?’

The futures of many residents throughout Europe are now uncertain but given that Article 50 remains intact and negotiations for withdrawal won’t begin for another two years, we can at least be comforted by the fact we have time on our side.

Moving Out Of the UK

If however, you’re looking for a speedy exit, either to or from Australia, don’t forget to check out the many services on offer from Seven Seas Worldwide’s first class relocation service. We cover the UK and Australia from top to bottom so visit the website now, get a quote and see what we can do for you.

Thinking about leaving the UK after Brexit? Make your move with Seven Seas Worldwide.

Get 5% Off Shipping at www.sevenseasworldwide.com 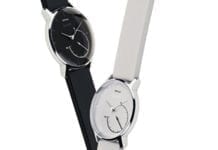 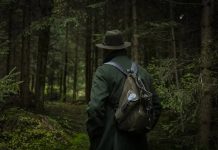 8 Things You Need To Carry Along On A Hunting Trip Understanding the Basics of Sound Layering