Bridge Climb Sydney is famous Australian tourist attraction that provides the unforgettable experience of climbing to the top of the Sydney Harbour Bridge. Over 3.5 million visitors from around the world have climbed the southern half of the bridge.Four different types of climbs are offered. The Bridge Climb, as an initial option, takes over three hours including preparation time and takes guests on a round-trip to the top of the bridge along the upper arch

The migration of humpback whales near NSW coast takes place between May and November. The season can be split into two parts depending on the direction of travel for the majority of whales during this time. During the northern migration, the Humpbacks head north between May and August mostly to give birth and to mate in the Coral Sea waters. At this time of year, they swim continuously at 5–9 km/h and have regular surface intervals.

The Bondi Icebergs Pool appears to emerge out of a dream. It is the most photographed ocean pool in the world and is located at Sydney’s most popular beach. You’ll see it when you walk north along Bondi’s coast.Icebergs Pool is a 50m saltwater bath that attracts swimmers, sunbathers, and spectators from all over the world. The reason for its popularity is that you can feel huge waves crashing onto you as you come up for air.

The Blue Mountains got their name from the blue haze that appears from the vast forests of gum trees that give off a fine mist of eucalyptus oil from their leaves. The area is famous for its dramatic scenery: rainforests, tablelands, valleys, wilderness, waterfalls, lookouts, canyons, and plenty of fantastic walking trails. You can enjoy four main attractions at the Scenic World: Skyway, Walkway, Cableway, and Railway.

The Sydney Rock Oyster is endemic to Australia and is mostly found in the inter tidal zones below the low-water mark in sheltered estuaries and bays from Wingan Inlet in eastern Victoria, along the east coast of New South Wales, and all the way up north to Hervey Bay, Queensland. Being smaller than other oysters, they average about 50g in weight and 6-8cm in shell length.

Like this, Read this: Day Trip From Sydney Blue Mountains 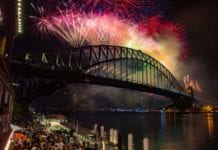 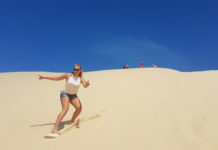