We are delighted to host regular Sydney stand-up comedy shows here at The Bat & Ball Hotel.

Come and relax and enjoy a night of dinner, drinks and live comedy in one comfortable venue! You can dine here before the show, or order dinner at the bar and we will deliver your dinner right to your table in the comedy room!

Since early 2016, the 10 Comedians shows have been a hit at The Bat & Ball Hotel. With a diverse range of comedians, there’s something for everybody in each show, making this comedy show perfect for couples or groups. Every show has a rotating line-up of leading Sydney comedians, so you get a different comedy experience every time. Shows are monthly on Saturday nights.

The latest comedy show from our comedy curator Sean Morahan and his team, the Secret Comedy Club is five of Sydney’s best comedians bringing their best comedy material for your amusement! Shows are monthly on Saturday nights.

The Sydney Fringe Festival runs for the whole month of September each year and The Bat & Ball Hotel is an official Fringe venue. More of the same hilarious fun as the regular 10 Comedians Shows, but as part of the Festival, we are hosting 20 of these shows through the month of September.

A Complete Guide to The Internet
(Comedy Show)

Have you ever dreamed about being the internet’s master instead of it’s slave?  Let’s help you make it happen with this instructional comedy show! This live show makes its debut at the Bat & Ball during the 2019 Sydney Fringe Festival! Who better than a team of comedians to show you how to make best use of your time and money on the internet? 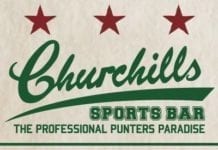