Can you please introduce yourself for our readers who don’t know you?

My name is Oscar, also known as Opiuo. I’m a sufferer of musical addiction. I’m from New Zealand. And I like funkadelic bass of the super fun kind…

You released ‘Kaleidoscope’ a few months back. Can you tell us how this came to be your first single?

I wrote it as an intro to a tour. I had no idea of the reception it would receive. It became the first single out of necessity as so many people were asking for it to be released. I feel it’s a great build and introduction into the SYZYGY 02 adventure

Your second single, ‘Send It’ features Lafa Taylor, how did the collaboration come about?

I’ve known Lafa for years. We met in San Francisco a long time ago. I always wanted to do something together, so when I wrote this song it jumped out at me to send to him. He had the idea of “send it” as a lyric and rolled with it. A few days later he sent the first version and I was like fuck yeah this is going to work! What can you tell us about your upcoming project, Syzygy 02, and it’s similarities/differences from Syzygy 01?

It’s a continuation from where I left off. More dance floor, more songs, more musical elements, some vocal tracks, and bass! I never know where I’m about to go next and I love that about the freedom I am afforded by those who support me.

You played a lot of music festivals this year (Lollapalooza, Paradiso, Electric Forest), what’s a memory that stood out from playing those festivals?

Seeing people hear me for the first time, or finally after a long time wanting to, are both something I’ll never get over. It’s very refreshing and makes me feel honored to do this as my “job”. Touring the globe playing MY music to people. It’s an amazing feeling!

You’re heading out on tour in the US in a few weeks, what can you tell us about the show/music that you’ll be performing on this run?

I’ve developed an entire visual show that’s triggered and programmed to what I do on stage. Along with the light and lasers at shows it makes for a PARTY! I’ve also got a lot of new music and live versions I play live which vary every night which is a lot of fun! You travel back and forth across the world multiple times a year, any tips on getting over jet lag / staying sane on those long flights?

Don’t overthink it. You’re going to be tired, but it’s part of the deal. Stick something under your feet so they’re not on the hard floor. Don’t eat too much on the plane, as digesting when sitting can get in the way of sleeping, so eat up at the airport before boarding. Watch one movie then try sleeping, no matter what. And just relax, you’ll be there in no time.

Living in Melbourne, are there certain things you miss about NZ?

I actually live in the Byron Bay Hinterland. I moved 2.5 years ago from Melbourne. I miss the city a lot but I also get to see a lot of cities all the time, so it’s ok. I miss the beautiful NZ landscape, my friends, my family, and most of all the meat pies. NZ does them well.

Can you tell us 3 countries or cities on your travel bucket list?

I’m building a very exciting show at the moment. I have no idea at all when it will become a reality, but it’s something in the works. For the rest of the year though I’m going to be playing lots of shows, making lots of music, hanging with my family and new child, and trying to live the best life I can. I’m also going to master the art of chess. I’ve always wanted to get good at it. 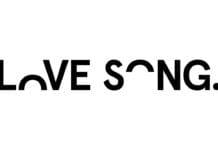 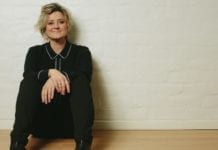