There is something about tropical islands that just screams paradise, isn’t there? From long, sandy beaches bathed in the golden light of the setting sun to the lively bars where rum flows like water and everybody wants to be your friend. Few places in the world seem more attractive to us as holiday destinations.

But where to go?

How about the Turks and Caicos Islands? This little-known nation is quite the slice of paradise, sitting just southeast of the Bahamas and boasting over 30 tropical islands for you to explore, though not all of them are inhabited. Assuming you don’t want to set up shop on a deserted stretch of land, the best options for your holiday are probably the islands of Providenciales or Grand Turk.

Despite being only the third largest by area, Providenciales is the most populous island in the Turks and Caicos, boasting well over 20,000 inhabitants. There is plenty to see and do on the island, especially for the more intrepid travellers who might want to make use of the water sports facilities on offer. The many bays and beaches across the island are the perfect places for everything from kiteboarding to Kayaking. Providenciales can also lay claim to some of the most incredible beaches in the world, including Grace Bay Beach, Long Bay Beach and Sapodilla Bay. So, if sunbathing and ambling coastal walks are more your thing, this island has got you covered. There’s certainly no shortage of beautiful vistas to take your breath away, not least of which you will find in the famous Chalk Sounds National Park, where hundreds of tiny islands and rock formations litter the shining turquoise lagoon. The place is a dream come true for hobbyist selfie takers and budding photographers alike.

Given its status as the most developed island in the territory, Providenciales offers a wide variety of accommodation, from private villas to luxury hotels. The island is served by the Providenciales International Airport, so travel arrangements to the destination are more straightforward compared to some of the smaller islands.

Luxury is something of a theme on Providenciales, with the island offering a whole host of spectacular culinary locations, many of which specialise in world class seafood fresh from the surrounding ocean. The island also boasts a plethora of luxurious pastimes, including the 18-hole Provo Golf Club and spa treatments aplenty. Whatever kind of tropical holiday you’re looking for, Providenciales will not disappoint. Now for our second contender – Grand Turk, the largest of the Turks Islands and home of the territory’s capital, Cockburn Town. Though the island is home to a smaller population of around only 5,000 (which still makes it the second most populous island in the territory), it remains one of the most popular destinations for holidaymakers, not least because of its rich history.

The political and administrative centre of a nation, Cockburn Town boasts many of the territory’s official buildings and departments, such as the government offices and supreme court. The island has also been the site of a number of significant historical events – Grand Turk is most probably the place where a certain Christopher Columbus first made landfall in the so-called ‘new world’. In order to mark the event, the islanders made their Western Coast the ‘Columbus Landfall National Park’, a protected area that encompasses many of the island’s beaches, scuba sites and historical buildings. Speaking of scuba, the offshore underwater wall that drops away from the seabed offers some of the most awe-inspiring diving and snorkelling opportunities for those of a more marine disposition. The deepest point of the trench plummets down a mind-boggling 7000 feet into the ocean depths. To put that into perspective, you could fit the Empire State Building in the trench 4 and a half times and you STILL wouldn’t have reached the top of the ocean wall. Diving around Grand Turk is quite the experience, for experienced divers and rookies alike.

Just like on Providenciales, there is plenty of luxury accommodation available in Grand Turk, as well as wonderful places to eat and drink the delicacies of the island. It is a tropical island, after all…

Which One to Choose?

At the end of the day, the choice of where to go on your vacation is very much a matter of personal preference. Both Providenciales and Grand Turk share several attractive characteristics for the intrepid traveller. However, the two are not without their differences. Providenciales is the bigger and more developed of the two islands, and so is likely to be busier and more traditionally touristy. However, this will mean that almost all of your desires will be easily catered to and prepared for. Whether you want extreme water sports or divine haute cuisine, it’s all ready and waiting on Providenciales. The island is, quite frankly, the embodiment of what we all think of as a ‘tropical paradise’.

Grand Turk can provide many of the same services, but the fact that the island is smaller and less populated must not be overlooked. Whilst still very popular with tourists, Grand Turk may well be less crowded and touristy that its more populous sibling. The history is what sets the island apart though. For those interested in the history of the area, there can be few more perfect destinations. And, of course, the island is home to one of the greatest scuba diving sites in the world, so if such pastimes are your thing, the choice is probably a fairly simple one. 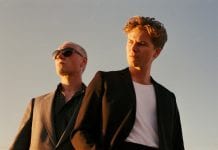 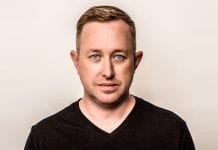 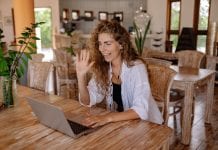 Embracing The Events Side Of Digital Nomading