As we enter a new year, in fact, a new decade, many of us will be glad to see the end of 2019. At the time of writing this article, it is 38 degrees outside, the air quality is hazardous because of smoke blown into the city as Sydney is surrounded by bushfires once again. But here in the city, despite the smoke haze and air quality worse than Beijing, we are the lucky ones. Almost 1,000 homes have been lost in the devastating bushfires of the last months of 2019 and over 3.5million hectares of land, marking the year as one of the worst in Australia’s history. We have more burnt land here in Australia as a result of bushfires bigger than a lot of the countries in the world.

What’s Caused Such a Bad Bushfire Season in 2019

This is a question that is very much up for debate, depending on who you ask. Ask an environmental activist and they will tell you that the bushfires are a direct result of climate change and that Australia needs to take action immediately and declare a climate crisis. Ask a politician (or indeed the Prime Minister) and you will hear that bushfires are just a part of life here in Australia and that it is nothing out of the norm, that the RFS are continuing to do an amazing job and thoughts and prayers should be with those that sadly lost their homes or livelihoods.

Drought – Where It All Started

Unfortunately, this ‘unprecedented’ bushfire season has been a long time coming. According to the BOM rainfall deficiencies have affected most of NSW, QLD and SA parts of the

Murray-Darling Basin since early 2017. These deficiencies extend to parts of the NSW coast, particularly in the Hunter Valley and Illawarra districts, which evidently have been some of the worst affected areas by bushfires this season. April-September rainfall across the last three years was the lowest on record across almost all of NSW as well as most of subtropical QLD. In NSW all three years had seasonal rainfall below 125mm and there is no previous instance of two consecutive years below 125mm. October and November in 2019 further exacerbated the effect of the drought with a very much below-average rainfall.

With record droughts the land is parched, what was once green is now golden. With little to no rainfall and hot spring/summer temperatures, coupled with strong winds, such a catastrophic bushfire season seemed inevitable. Once a fire started there was very little the RFS, volunteers or locals could do to stop it unfortunately; it was the perfect storm so to speak.

Bushfires – A Result of Climate Change?

Climate change was one of the main talking points of 2019, as millions took to the streets in protest around the globe demanding action from Governments to take steps towards reducing harmful emissions and trying to prevent a worldwide, irreversible catastrophe.

Many are denying that the bushfires of 2019 in Australia had anything to do with climate change. That now isn’t the time to be talking about it, that the focus instead should be in learning from what happened and putting more preventative procedures in place for coming years.

But others are making the connection. Record lows in rainfall can be attributed to climate change as can drought. Increasingly higher temperatures can also be put down to a result of a changing climate. Changes that are not only affecting people, but also wildlife, the first to suffer as a result of a changing climate. It is no longer just a topic of conversation of what could ‘potentially’ happen, but it is slowly becoming a reality. Not just here in Australia, California saw the same devastating effects of wildfire in 2019 and sparked (pardon the poor choice of words) the same conversation.

But What Can We Do?

Many are now asking what we can do as individuals. Having lost all faith in our elected politicians and Government who seem to be in denial, not just in Australia but many more around the world, what do we do as one person, one family or one business? Are our choices enough to make a difference to the world?

If we take the train to work instead of our car would that really lower our emissions? If we choose to say no to single-use plastic and use our own refillable water bottle is it really going to clear the oceans and help marine life thrive? Would choosing double glazed windows for our homes to save energy help reduce our carbon footprint? If we make the conscious effort to recycle as much as we possibly can, are those materials really being used to their maximum potential? If we buy from companies that practice sustainable processes and sell environmentally friendly products, is it enough?

Unfortunately, there isn’t a simple answer to any of those questions. But what we do know is that if everybody decides that it’s not up to them, then nothing is going to change. Collectively, we all need to start making a change. If everyone made a small change, that would inevitably amount to a much bigger change.

What is clear is that 2019 marked the end of a decade and it certainly finished on a low rather than a high. What will mark the end of the next decade? What will the history books have to say about the next 10 years? 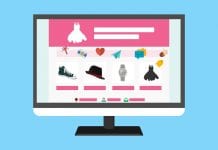 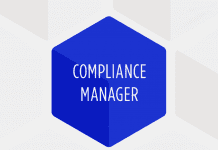 What Is a Compliance Manager and How Can They Help Your Business? 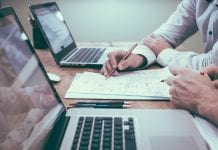