Castles were home to the rulers of the land, the launchpad for wars and sordid labrynths of debauched behaviour… you know a bit like TV show ‘Game of Thrones’ with superstitions and grand events, if you like. And what better way to spend Halloween than to take over the castles that housed some of history’s cruellest and courageous owners. Here’s BBM’s Top 5 historic castles we’d love to spend a scary Halloween running around in our ghost costumes.

Frankenstein’s monster might raise from his slumber when the halls of this usually quiet castle are awakened.

Walk the halls of this eerily creepy castle, where nobody lives other than the shadows on the wall. You won’t be needing many decorations this Halloween, as the architecture speaks for itself. Rough walls, cobbled slabs and echoes down the corridors, it will be the perfect place to spend Halloween.  If the silence is too defening,  just bring your portable sound system and play the best of Cher to scare all those ghosts away.

This Prussian beauty may be a World Heritage site, but imagine the numbers that would attend a gathering on one of the world’s largest castles. It covers so much ground, that you’d need paths marked by little pumpkins to show you the way back home.

Start at dawn with pre-drinks then play a simple game of hide and seek, losing yourselves in these ancient walls. To really add a spook, dress as the Knights of the Tentonic Order who put their blood and sweat into constructing this party perfect location.

India’s royals ruled over Rajasthan centuries back, the fort in Jodhpur sang of laughter and screams from all of the royal parties held there.

Now, take yourself to the castle which is still holding strong and open to the public. The old city circles the fort which was used to defend the cities grounds. The Killa has long, uphill footpaths leading you to the out-of-use cannons and looking over the blue and white walled shacks. There’s no need to bring your own music, as the sweet and chilling sounds of flutes are played day and night.

The only thing you’ll be missing is an alcoholic drink, the area is known for its high morals and culture, so remember to get wasted on the endless Indian sweets and to not show your bum cheeks.

This is one of England’s most famous castles and also the longest occupied castle in the whole of Europe. Windsor castle could possibly play host… plus, who wouldn’t want to party with the Queen?

Situated in Windsor, the castle was built after William the Conqueror invaded England about 1000 years ago. We’re sure the queen can take care of catering and DJs, which means all you have to do is turn up.

All you need to do is send a request for a Halloween ball and then let us know if it’s accepted.

In the south of Shrewsbury rests this beast, its walls and halls are no longer in use and it lays in ruins.

Acton Burnell is a ruined 13th Century English fortified manor. The red stones on its last-standing walls will come alight under the orange glow of carved pumpkins. You may even be visited by the ghost of King Edward the 1st who would regularly frequent these grounds. It might be in ruins now, but there’s no better place to party it up in Shrewsbury.

This castle resides in many places, always moving between lands. Its architecture is the only in the world that has been replicated thousands of times. This may also be a cheaper option than booking a flight, cab, hotel…

You could just hire a bouncy castle from your local party goods supplier, they come in all shapes and sizes. We recommend the closed ones so no one can know what’s happening inside. Blow them up in your back garden and BAM you’ve built your very own castle. 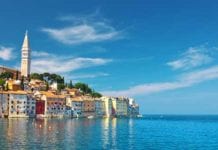 5 Alternative Things To Do In Split, Croatia Top Hiking Locations in the US in 2020 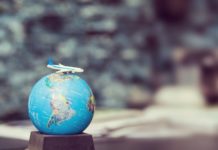 Travel Tips in 2020 You Should Always Remember!