London is one of the world’s great cities full of history, delicious food, and impressive architecture so no wonder so many people visit it every year. If you are a teacher planning on taking your students on a trip to London, there are several must-see spots you need to visit to get the whole experience. From famous buildings to world-renowned museums, a trip to London can be a fun and educational experience for both teachers and students alike.

This article will go over several of the attractions you’ll need to visit on a school trip to London.

The British Museum should be one of the first stops you take your class once you first arrive in London. The museum boasts one of the largest collections of artifacts in the world and is a great starting point for introducing the history of the city and Great Britain as a whole. The museum contains artifacts from all periods of Britain’s long history, but it also holds many treasures from around the world like the famous Rosetta stone. The museum’s various galleries will provide an excellent opportunity for your students to learn hands-on about practically any subject they’re currently studying in history class.

The Imperial War Museum displays artifacts from Great Britain’s long military history. From medieval armor to WW2 vehicles this museum contains all sorts of British military hardware from the ancient times up to the present era. The museum also features many recreations of various battlefields which can greatly assist visual learner’s understanding of various times of history and significant battles like the Battle of Waterloo. By touring this museum your students will learn about how England became an Empire and how the two World Wars helped shape the modern world we live in today.

The Houses of Parliament

There is perhaps no greater icon for the city of London than the Big Ben clock tower of the Houses of Parliament. This majestic building houses the two houses of the Parliament of the United Kingdom: the House of Commons and the House of Lords. When parliament is not in session your class will be able to tour the building many rooms and learn about how the country is governed. The building is an excellent example of medieval and gothic revival architecture and your class will surely be stunned by its grandeur. In pretty much any speaking country students will inevitably study the great works of William Shakespeare. That being said, when organizing a school trip to London, visiting his famous Globe theater is a must.  Although Shakespeare was born in Stratford-Upon-Avon he constructed his famous theater in London where his plays were performed. The original building was demolished in 1644, the current structure is a reconstruction completed in 1997 on the same site as the original. When your students visit this attraction they will be able to view one of Shakespear’s classical plays and learn more about England’s literary tradition.

Body Worlds London is truly one of the city’s more unique attractions since it features preserved human bodies with the skin removed. These bodies are displayed in all sorts of poses outlining the various muscles present in the human body. If you want your class to learn more about biology or physiology this attraction can make for an excellent learning experience for your students.

It’s said that the Thames river is the reason for London’s existence as it served as a major commercial route to the city, and was the traditional source of drinking water for its population. Furthermore, many of the city’s famous structures like the famous Tower of London, the London Eye and the Tower Bridge are situated along its banks. When you take your students on a boat cruise of this river the tour guides will expose your students to a comprehensive history of how the river shaped the city and all the beautiful buildings along with it.

Taking your students on a tour of London will be an experience they will never forget and will undoubtedly be an unparalleled hands-on learning experience for all ages. When visiting the British Museum and the Imperial War Museum your students will have the chance to see some of the best collections of historical artifacts in the world. At the houses of Parliament, Shakespeare’s Globe Theater, and Body Works London, your students will come face to face with some of the subject matter they learn day-to-day in class. Finally, by taking the Thames river cruise your class will have an unforgettable voyage along the great river that forged London into what it is today. Now that you know some of the best educational sites in the city of London, you’re now ready to give your students a learning experience they’ll remember for a lifetime. 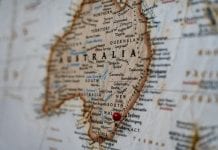 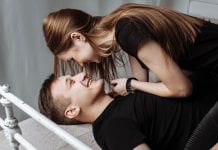 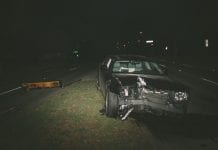