After opening its doors in 2015, Jack Rabbit Slim’s hasn’t wasted any time cementing its reputation as one of Perth’s top live music venues. Named after the 1950s-style diner from Quentin Tarantino’s Pulp Fiction, the neon-lit establishment boasts a quality line-up of international and local DJs and music acts, a late-night bar and diner, as well as a retro games room.

Consult Villa’s Facebook page and you’ll learn that it’s “not a nightclub. It’s whatever you want it to be. Villa is a multi-purpose venue in Perth nothing like any other.” It’s hard to disagree the chic venue featuring two bars and a huge dance floor hosts a jam-packed events program covering everything from electro DJs to fashion shows to product releases.

The mirror balls sparkling on the roof are the first indication that this establishment is a retro-themed nightclub, home to ‘Smash Hits Friday’ and ‘Pop Life Saturday’ every weekend.

Describing itself as “Perth’s most decadent nightclub”, Geisha Bar makes no bones about the fact that it’s more exclusive than its Northbridge neighbours, with a tiny dance floor packed with beautiful patrons.

Connections has been Perth’s premier gay and lesbian nightclub since 1975 — but its appeal extends much further than just the LGBTQI community. All sorts of party people flock to Connections ‘killer DJ line-up, carefree dance floor, opulent outdoor terrace and lively, playful, accepting vibe that’s led to countless wild nights over its 42 years.

Just across the road from the Rocket Room is Paramount, a club that’s still sparkly and new following a long-awaited $2 million makeover in 2016. Paramount is now divided into two themed bars: Leopard Lady, made up of faux-fur private booths on the ground floor, and Señor Peppers upstairs, with a colourful, kitschy-chic fit-out in the style of a Mexican cantina.

For gigs big and small, Metro’s three levels and three unique entertainment areas produce an atmosphere for live music that can’t be beat. The multiple levels mean the capacity can be adjusted for smaller events, regular club nights and huge international acts that pack out every square inch of the 2000-person venue.

If you’re looking for a laid-back, underground live music venue in Northbridge, then the Bird is the word. This earthy venue puts Perth’s alternative arts scene in the spotlight seven nights a week, with a performance space in the main bar as well as a chilled outdoor courtyard area and a cosy lounge bar.

Enjoy the Library while you still can this iconic Perth nightspot was snapped up by a property developer earlier this year to be redeveloped into a block of flats in the near future.

Like this, Read this: ﻿Gay and lesbian-friendly bars Perth Northbridge 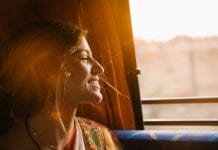 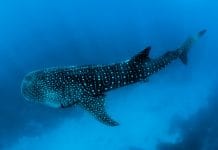 Where Can You See Whale Sharks in Western Australia and When 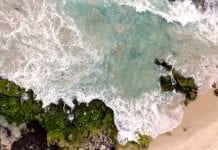