Presented by Laughing Horse Productions and directed by Zoe Jay, the show is loosely based on the novella Strange Case of Dr Jekyll and Mr Hyde by Robert Louis Stevenson.

Dr Jekyll is grieving over his father who has become mentally ill and distant, so he promises to find a cure that will rid his body of all evil.

As the board of governors denies his research, Dr Jekyll starts experimenting on himself but, instead of ridding evil, it becomes embodied within him and Mr Hyde is born.

The musical Jekyll & Hyde was first staged at Houston’s Alley Theatre in 1990 where it broke box office records and played to sold-out houses, leading to the run being extended twice.

“The musical follows the power struggle between good and evil with Dr Jekyll representing everything good while his alter ego Mr Hyde is as evil as can be,” Zoe said.

“There is a lot of violence, sex and mature scenes – trying to direct that kind of movement, and the feelings, is really challenging for any director, as well as the actors involved.

First performing at age nine in The King and I at Rockingham Theatre, Zoe has never looked back although is more known for her dancing skills after graduating from the WA Academy of Performing Arts in 2007.

She has choreographed numerous shows, including Beauty and the Beast at the Regal Theatre and Oklahoma! which scored her a gong for choreography at the annual Finley Awards.

More recently, Zoe has turned her hand to directing Snugglepot and Cuddlepie and Bonnie and Clyde – nominated for three Finley Awards – with the Murray Music and Drama Club.

“I’ve always been weirdly fascinated with the id, ego and superego theories and I’m intrigued by these underlying themes in Jekyll & Hyde,” she said.

Note: the show contains adult themes and is recommended for people aged 12 and above. 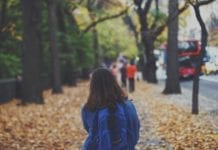