Written by Richard Alfieri and directed by Geoffrey Leeder, Six Dance Lessons in Six Weeks is a comedy about an aging yet formidable retiree who hires an acerbic dance instructor to teach her.

The antagonism between the Florida woman, the widow of a Southern Baptist minister, and her gay dance instructor soon gives way to profound compatibility.

During the sixth and final lesson, she reveals a closely guarded secret and he shares his greatest gifts – loyalty and compassion.

Since its first performance in 2001, Six Dance Lessons in Six Weeks has been translated into 14 languages with productions in 24 countries.

The play has established itself as an international hit and is one of the most produced shows the world.

While Six Dance Lessons in Six Weeks is a comedy with music and dance, the play also addresses the serious issue of ageism and intolerance.

“There are seven scenes in the play, representing 10 weeks in the journey of the characters, Lily and Michael,” Leeder said.

“The seventh and final scene is referred to as the ‘bonus’ lesson and takes place four weeks after the sixth and final lesson.

“At the end of each lesson, Michael dances with Lily – the dance he has just taught her.

“The biggest challenge is to make the transition from one scene to another with set and costume changes done in a speedy and seamless way.”

Involved in theatre for more than 30 years, Leeder has worked either as an actor or director with Rockingham, Kwinana, Melville, Harbour, KADS, 9 Lives, Hayman and Turquoise Theatres, the Graduate Dramatic Society and Koorliny and Mandurah Performing Arts Centres.

In 2000, his production of Too Far to Walk was named best play at the annual Finley Awards – and he’s also a life member of the Independent Theatre Association.

Last year, Leeder scored a best director nomination for his production of Wonderful World at Melville Theatre, which also picked up the best supporting actor award.

“I was actually approached to direct Six Dance Lessons in Six Weeks back in 2017 by Manuao TeAotonga, the actor playing the male role,” he said.

“I was aware the play toured Australia in 2006 with Nancye Hayes and Todd McKenney starring as the two characters and was re-mounted in 2016 with the same actors.

“Knowing something about the play and its content and message, together with the opportunity to work with Manuao again, made me say yes and our stars finally aligned this year.

“Manuao comes to the show on the back of an outstanding performance as Lola in Kinky Boots while Suzannah Churchman is an award-winning actor I have also worked with in the past.

“Earlier this year, she received rave reviews for her performance in the title role of Driving Miss Daisy.”

Melville Theatre is at 393A Canning Highway (corner of Stock Road), Palmyra. 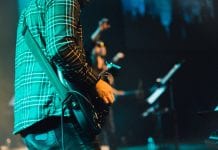 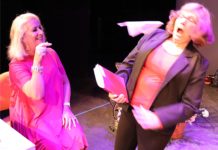