Most of us probably never resided on campus until we got to college. However, we may have, at some point, considered going to boarding school. Or maybe wondered what life in high school might have been.

As you would expect, boarding school is a unique experience in itself. The apparent distinction is having to live and study away from home. This is usually the most significant adjustment that boarding school students have to face. The transition to making boarding school your new home is not always smooth. As a matter of fact, this can be the make-it-or-break-it period for most students.

The Life of a Boarding School Student As a boarding school student, the first thing you have to contend with is the change in routine. Typical of most boarding schools, there is a designated time for students to wake up and get to bed. The time certainly varies depending on the grade. The day will usually start at 7 a.m in boarding school, which is not significantly different from being a day scholar. However, the day winds down quite early. Students will be expected to be in their rooms by 8 p.m. Lights will typically go out at 11 p.m.

Rules and regulations are typically elaborated during orientation.

Most boarding schools also have specific dress codes that students have to adhere to at all times. Some institutions require the students to wear the school uniform during official school hours. Boarding school is partly about streamlining a student. Therefore, there will always be written rules about what you can and cannot wear.

Students are also allowed to go off-campus under specific provisions. If the institution is near a city or urban center, students are usually allowed to go out weekends. Some schools also allow their students to go home on the weekends. This also extends to religious holidays. Reasonable requests to observe a religious function will usually be accommodated.

Social life in boarding schools is a bit of a mixed bag. Coed schools will generally have social activities in the programs that encourage interaction among the students. Single-sex schools mostly have partner schools, commonly referred to as sister or brother schools, with whom they share social activities. These may include, but not limited to, events, clubs, and competitions such as essay writing. Like most other aspects of boarding school, these activities will be highly supervised, leaving no room for a bit of hanky-panky.

Essentially, boarding schools are structured similarly to institutions of higher learning, particularly colleges and universities. Hence, boarding school students are more likely to have an easier time and succeed in college. This sometimes extends to their adult lives as well in comparison to students from public schools. Statistics show that a boarding school student has a higher chance of earning an advanced degree. Consequently, they also progress faster when advancing their careers.

Boarding school also instills discipline in the students from quite an early age. Students are well-supervised to ensure that they follow the rules and regulations. More so, they always have to adhere to a strict structure that builds a firm foundation for life.

These schools are almost synonymous with academic excellence. The educational model in these schools is geared towards enhancing efficient learning and education. The curricula will plausibly be diverse and in-depth. The teachers will undoubtedly be highly qualified and motivated, and the classes will normally be small in size. Hence, boarding school students are in an environment that routinely propels them further academically.

For students and some of the teachers, the campus is home. This presents an opportunity for learning to continue beyond the classroom set-up. Meaningful interactions within the campus ensure the student is continually learning, both inside and outside of the classroom.

Students also develop a sense of self-reliance and independence quite early in their lives. In whatever capacity, the student has to learn how to manage their responsibilities, both academic and personal. They also have to learn how to co-exist and respect other people. It follows, then, that boarding school students mold their own character from quite a young age.

Boarding schools are unequivocally more expensive than private or public schools. However, there is quite a clear indication that it may all be worth it. Getting proper education does naturally require sacrifices to be made. If education ostensibly is the key to life, then why not? 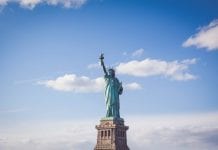 Best Cities to Visit Outside of Australia 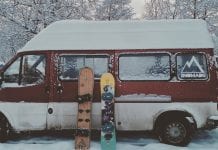 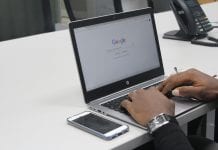 How to Find Your Favorite Tourist Places in Australia?