Menu
Home News Trends & Gadgets It’s The Catch Of The Season: When You Can Hunt Game In...
Facebook
Twitter
WhatsApp
Linkedin
Email In many areas across Australia such as the Australian Capital Territory, Western Australia, and Queensland, hunting is limited to feral animals on private property. Therefore, if you want to hunt commercially, you should head to Victoria to find some of the best opportunities across the country. With about 8 million hectares of public land available for hunting, 45,000 licenses game hunters, and $439 million dedicated to animal activities, Victoria’s government is capable of accommodating international hunters. However, you need to understand the open seasons and laws surrounding some of the area’s popular game.

Wild deer have been spotted in Victoria as early as the 1860s. Ever since then, the antlered animals have been one of the most hunted creatures in the area. Currently, there are six types of deer that roam across Victoria: Hog, Red, Sambar, Fallow, Chital, and Rusa. All of these can be hunted yearlong with no bag limit except for the Hog and Sambar. However, Hog Deer can only be targeted during the month of April and bags are limited to one male and one female per hunter. You can stalk Sambar Deer all year with no limit, but hound hunting is limited to the season between April and November. For the best deer hunting, you’ll want to visit the east side of the state where their population is heavily concentrated.

Duck Hunt was a popular video game in the 80s, but if you want to swap out the virtual controller for some real hunting equipment, then Victoria is the place for you. Recreational duck hunting is popular across the state, but it is stricter than deer hunting and is managed on a sustainable basis. The Wildlife Regulations of 2012 stated that the annual duck season opens on the third Saturday in March and closes on the second Monday in June every year. However, the Minister can vary the hunting arrangements as he or she chooses. This year, the season ran from 17 March to 11 June and was limited to 10 ducks per day with no Blue-winged Shovelers permitted. You should ensure that you check the regulations each year as hunters will incur heavy penalties for shooting the year’s protected species such as fines, loss of license, and jail time.

Be sure to pack your binoculars to spot these guys! Here are some suggestions!

Hunting for those pesky pests

Targeting pest animals is extremely popular across the entire continent. It is a more challenging feat than game animals and also reduces the number of pests on private property. Some of the more common pests that are targeted include foxes, feral cats and dogs, rabbits, wild pigs, buffalo, and wild goats. Although you can hunt for these pesky pets all year long, you should be careful when identifying a location. Only hunt in familiar properties and be sure to use the right equipment. You don’t need a license to hunt pests, but use extra caution and brush up on safety measures during your trip.

Victoria is one of the best areas to hunt in Australia. However, you need to be sure that you understand the laws and regulations that protect the area’s species and its hunters. 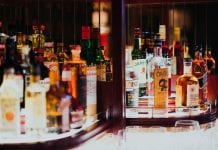 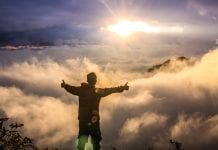 Proven Ways to Improve Your Well-being