As of the 2016 census, there are 175,563 people of Maltese descent and 37,614 Malta-born people living in Australia. The Maltese are an ethnic group native to Malta, which is an island in the middle of the Mediterranean Sea. While there were several early attempts of mass migration, mass migration picked up after World War 1 when immigrants were looking for work. Many intended up staying permanently.

While Maltese immigration to Australia has slowed down, there are still a number of Maltese Australians living throughout Australia.

The majority of Maltese Australians live in Melbourne and Sydney, which are both cities that are in the state of Victoria, Australia.

There are a number of famous Maltese Australians. Below are just a few of the names you might recognize.

Jason Singh is an Australian singer-songwriter-guitarist. He was born in Australia, but his mother was of Maltese descent. He was the lead singer of the rock band Taxiride from 1997 to 2006. He has since gone on to release a number of singles and albums. His latest album, Vale, was released in 2018.

Brendan Aquilina is a lawn and indoor bowler. Though born in Australia, he is of Maltese descent and was selected to participate as part of the Maltese team in the 2018 Commonwealth Games in Queensland.

Diana Prazak is a professional female boxer. She was also born in Australia, but comes from a large family with Maltese and Croatian heritage.

Mario Fenech was born in Malta but grew up in Australia. He is known for his rugby league career and has appeared on TV shows such as The Footy Show.

If you’re trying to stay connected to your past, try doing one of the following.

A trip to Malta can be special for both Maltese immigrants and Malta-born. If you have the time and money, visiting the place where you grew up or where your ancestors lived can allow you to experience the culture firsthand. Plus, you’ll see all sorts of beautiful surroundings.

Malta has a number of beaches, historical sites, and megalithic temples. If you’re planning a trip, Choice Holidays can help you with your travel plans. Click here for more info.

Talking to relatives helps you learn about your family tree and your ancestors. Older relatives, such as a grandfather or a great aunt, have a wealth of knowledge. Even if they live far away, you can reach out to them with a phone or Skype call.  You can either come prepared with questions or just strike up a conversation.

If you’re Malta-born and your relative is an immigrant, a good starting point could be to ask what the immigration process was like. Or, if you want to start from the beginning, ask what having a childhood in Malta was like.

Joining an organization can allow you to connect with other Maltese Australians. The Maltese Community Council of Victoria, Inc is a large organization that provides a number of services, such as legal advice and language services. They also host many social and cultural functions. For example, they have a yearly Maltese Dance Party that includes entertainment and Maltese food.

Depending on where you live, you can find other organizations and associations. If you’re struggling to find one in your area, consider forming your own.

If you’re looking for an activity you can do at home, you can cook a traditional Maltese meal. Maltese cuisine is full of flavor. Because Malta is so close to the sea, a number of their dishes feature fish.

Lampuka is a popular fish and can be enjoyed fried or served in a pie. Fried swordfish or grilled sea bass are also popular.

Rabbit is another popular dish, even though it’s not a food typically served in other countries. Typically, it’s cooked into some sort of dish, such as a stew or as part of spaghetti. 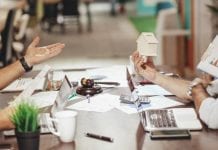 How to Choose the Right Mortgage for Your Residential Properties

Importance Of Play For Babies & Children 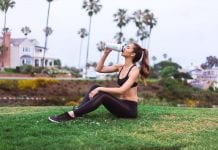 Simple Ways To Stay In Shape While You’re On Vacation