The spirit of Australia has always been that of camaraderie and adventure. There’s something equally inspiring and exciting about what the continent has to share, as a whole. From media, biology, wildlife research into music, there’s always been something very charming about Australia. It comes as no surprise that Australians love going to Antarctic cruises. And why not? There are cruises readily available from Australia and New Zealand. And for a continent that was once the final frontier of explorations, it only makes sense for them to push that envelope even further. But what exactly is it about Antarctica that calls to the Australian people? What drives nearly 7,000 people every year to make the long trip to the great South Pole? There must be a level of majesty that speaks to all of us, present in the ice and the blue. Here we’ll explore the features and qualities of the Antarctic cruises and see what exactly draws more and more visitors.

Australia has always had a reputation for being a beautiful and untamed continent. With the exception of the cities, the rural areas are full of some of the most venomous and dangerous animals to have ever existed. There’s a sense of adventure in Australia is wrapped in that the rest of the world loves and respects. It’s in that spirit that travelers to Antarctica will feel right at home. The majority of the global population wouldn’t want anything to do with something so untouched and wild. How many people do we know are perfectly happy sitting in a hotel with room service and some Wi-Fi? Now, of course, there are plenty of individuals like that in Australia. But there are also a lot of explorers. There are hikers. There are hunters. There are people that were built to take the next step and travel into the unknown, if only just to see it.

One beautiful thing about Australia is that there’s plenty of vacation days. Other countries, the United States included, have a maximum of two weeks and maybe a few sick days. Australia has 20 days paid vacation and 8 paid holidays. That’s not to mention the negotiable sick days that vary per company. If you’re lucky, you have the opportunity to accrue over a month of paid vacation time. And if you’re willing to put in the time over a year or two, you can book your ticket and tell your boss you’ll be back in the next fiscal quarter. Good for us that Antarctica Cruises from Australia only takes about 25-30 days total. And since you’re already departing from Australia or New Zealand, half the work is done for you! It’s a whole month of adventure and exploration. And with the way vacation time is handled in Australia, you can take off and come back with an “I went to Antarctica” story at the water cooler.

Australia is hot. It’s very hot. Average temperatures in Australia during the summer is about 30-35 degrees Celsius. Now, if you’re from Libya this might not seem hot at all. But for the rest of the world, it’s pretty significant. If you’ve spent your entire life in that kind of heat, it makes sense that you’d want to escape to some place opposite of your everyday experience. And what better place to experience the cold than Antarctica? Why go to places that hover around 8 to 10 degrees? Why not go right to the absolute coldest place on the entire globe. It may sound like a joke, but the cold in Antarctica is an experience in and of itself. There’s an intensity of the feeling that you won’t get anywhere else. Of course, your body has an internal homeostatic mechanism that keeps you from freezing. And if you’re bundled up enough, you’ll be just fine. But getting that rush of “Whoa” the moment you step outside is well worth it.

The wildlife in Antarctica is unlike anything else on Earth. They have penguins, seals, giant crabs, whales, and every else you’d expect from an alien land. Australia has some pretty interesting wildlife, too. In fact, Australia is famous for it. For people raised in Australia, the respect and fascination with wildlife goes hand in hand with being curious about your surroundings. Except instead of a huntsman spider, it’s a giant Antarctic sea spider. It’s bound to open the imagination of children and adults alike, along the backdrop of a hypnotic blue and white landscape.

Antarctica is the best destination, hands down, for anyone that wants to go somewhere very few people have gone before. And to think you can get there from within the continent. There’s an unparalleled beauty and majesty in the continent that few will ever see in its current state. And hopefully, more and more people will step up and take advantage of the opportunity to see it. Who knows, it might not look the same as the years go by. 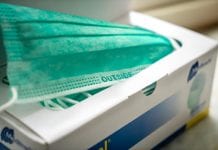 What Will Workplace Health And Safety Protocols Look Like Post-Lockdown? The Impact of NSW Bushfires on Natural Habitat 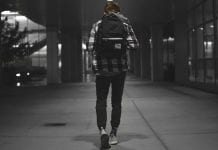 Migrant Students Still being Ripped Off