Gold has been a precious commodity to humans for thousands of years. It’s been used as a currency way longer than notes or any other object. The first coins containing gold discovered were almost 3 thousand years old. People are still in the financial habit of holding gold for various economic reasons. If all types of currency fail, whether it’s the apocalypse or a financial crisis, you can still count on gold to be the prime currency throughout any crisis. Gold is linked to all currencies, meaning that it can be easily converted to any currency of your choice. It’s unique chemical and physical specificities allowed it to pass the test of time; it doesn’t corrode and can be melted easily to be molded into anything.

We’ll be discussing in detail why people should invest in gold.

Gold as a Safe Haven Asset

A financial safe haven is an asset that can protect an investor in a financial crisis, avoiding a back-to-the-wall economic situation. A quick history view will show you that most investors have started turning their liquid money and assets into gold during the latest few financial crises. Even during the ongoing pandemic, a lot of people are using gold as their safe haven, dethroning the global king of currency, the US dollar. Gold is now gaining a lot of value because its main method of shipment is through commercial trips, which are being halted rapidly as the coronavirus pandemic crushes the economy. Economic collapse is any investors’ worst nightmare and the only thing that stands between them and bankruptcy is the gold reserve they’re holding as their safe haven.

Gold as a Hedge

In our current economic state, potential currency decline is unpredictable. Hedges work as a barrier that saves you from losses in other asset classes. Investing in gold is a great hedge that could protect you against inflation that is usually caused by the decline of the U.S dollar. The detailed account on IRA investing available on https://www.irainvesting.com/gold-ira-reviews/  shows why a lot of economists recommend that people invest a portion of their retirement savings in the form of physical gold. Market instability has always been a good reason to use gold IRAs as a hedge. Between 2002 and 2007, people who have invested in gold, instead of saving money in their bank accounts, have managed to double their profit. The prices jumped from only $347.20 to $833.75 per ounce due to the fall of the U.S dollar against the Euro by 40% during that period. While many people hold gold as a safe haven asset, a good number of investors in gold use it actively as a direct investment. The fluctuations in the prices of gold allow many investors to take advantage of it due to how quickly the profit can be made. From another perspective, some investors in gold believe that the finite supply of gold is going to dramatically meet a critical point where the processing and mining industries will be sharply hit, raising the price and value of gold exponentially. Governments also view gold as an invaluable asset to be held onto for many reasons. The US Treasury has been storing gold in the famous Fort Knox army post for more than 80 years, knowing that selling any of it could potentially disrupt the economy.

Almost no asset in the world has the legal backbone to be considered private and confidential like physical gold. There is no such thing as a paper contract that equates the value of gold, not to mention that there is no need for middlemen to perform a contractual obligation with gold involved. While most investors don’t shy away from keeping their records of gold investments public, it can be turned anonymous if the individual chooses to. There are still some basic requirements like informing the government of any gains on your income taxes relating to gold.

Whether you’re liquidating stocks, bonds, properties, or any other assets, gold remains the one with the maximum liquidity potential. Anyone in the world recognizes the value of gold and any gold dealer will buy gold from you if you have it, whether it’s a local shop, bullion dealer, private entity or an online marketplace. The time it takes to sell gold is usually the time it takes for a settlement to be approved by the bank, which is about 3 business days. Moving gold from one country to another can sometimes be much easier than moving cash.

Gold investments have seldom proved to be unwise in a market that’s highly volatile and unstable. Going back to the basics has been the go-to strategy for many investors who’re looking for financial safety and stability. After all, gold has never completely lost its value throughout the three thousand years it has been in use. 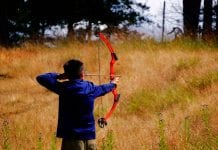 An Introduction To Compound Bows And How To Use It 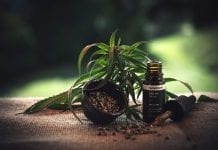 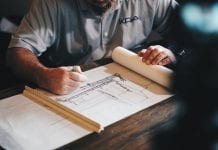