I understand that people desire to have a collection of authentic watches or to give it as a gift to their friends or loved ones. But buying or owning one will only be a waste of money. There are best watches under 1000 dollars that are authentic.

Especially for men, they consider watches as one of their precious accessories. That’s why if they buy one, for them it’s an investment. But some people can’t resist purchasing fake ones. Here are some reasons why you shouldn’t do that.

This alone is enough reason for you not to patronize fake watches. It is called fake because they only copied it with poor quality of materials, which makes it very illegal. If selling counterfeit watches is unlawful, so is buying. Anyone who patronizes fake watches, jewelry, accessories is illegal.

Big watch companies became popular because they invested multi-millions of dollars in providing the market the best quality of watches a person could ever dream of having. Many regions around the world, charge anyone patronizing fake ones as a criminal.

Buying or owning a phony watch is disappointing in 2 reasons:

You may be fooled with fake watches looking very identical to real ones. But you can tell a watch is fake through plenty of apparent indications. Judging you with your source of living makes it quickly seem impossible of you getting an expensive one. especially if you’re wearing the one like your boss owns. No one will think he wears the fake one.

You are lucky if some innocent human would only notice the fake watch you are wearing. It may become worse and face severe consequences if you get to meet a custom agent. It’s a crime. Expect some fines or imprisonment. You can’t expect any fake watches to be durable that will last for how many years like Rolex and Patek Philippe do. Fake watches have short lifespans generally. These kind of watches lasted a year or even shorter.

Well, I think everyone who buys and patronizes fake watches knows that they are wasting money. Given that it doesn’t have any value in the first place. Even if it costs you $20 or $300, after you buy it, it’s worth nothing anymore.

Unlike authentic watches, even if it costs you thousands of dollars, you know that its value appreciates. When anything worse happens, you can drop by in a pawn shop and trade it for money.

You are getting a China-made mass-produced movement that is quickly going to fall short. Since you got it for a low price, then expect also a low quality of service. Fake watches are not worth it.

Since it’s fake, you can’t expect that it is designed as water-resistant. We all know water-resistant items costs high. When you go diving with any authentic watches, there will be no problem. But with fake watches, you’re not even allowed to go shower with it.

To wrap everything up, you will regret buying or owning any fake watches. Why not buy any local-made watches that are surely affordable and save up to get those watch of your dreams. Don’t settle for less. These watches are an investment. It has value, and it keeps appreciating from time to time. 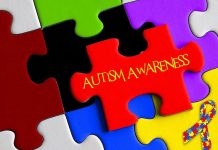 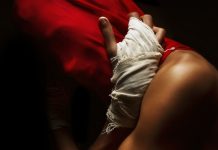 Travelling While Pregnant, What are The Risk?