Pack your bags and roll your swags, it’s time to meet in the middle this May 2020 as Wide Open Space festival reveals part one of it’s stellar music line-up.

The multi-day festival is excited to announce Australian/Zambian poetical goddess and singer- songwriter, Sampa The Great will be heading to the heartland of Central Australia alongside Australian powerhouse rapper and Indigenous hip-hop pioneer, BRIGGS!

Sampa The Great: The rise of Sampa the Great has been spectacular to watch. Having previously released two mixtapes in The Great Mixtape (2015) and Birds And The BEE9 (2017), the Zambian-born, Botswana-raised and now Melbourne based artist shared her debut album The Return , in 2019. Released on Ninja Tune , The Return, it’s debut single “Final Form” and the live show have seen Sampa The Great awarded many accolades, including an ARIA for Best Hip Hop Release , two Triple J Awards for Video of The Year and Double J Artist of The Year, as well as Hip Hop Act of The Year at both the Music Victoria Awards and National Live Music Award.

Briggs: Born and raised in Shepparton, square in the floodplains of Victoria’s North East rivers, It has taken Briggs no less than a decade to make his mark as one of the country’s most diverse talents in media, music and comedy. With a long list of mixtape and cypher appearances, three solo albums, and 2017’s multi-award winning A.B Original record ‘Reclaim Australia’ – Briggs has for many years been a household name for his music alone.

Joining them is genre-bending, world-touring electronic wonderchild Opiuo, NT Indigenous band-on- the-rise Black Rock Band and soulful tech/house mystic UOne in band mode with his offsider Western. Along with a full menu of NT and interstate acts from across the spectrum of sounds and styles.

Wide Open Space (a.k.a WOS) will be kicking off its eleventh edition of the festival from 1st – 3rd May 2020 at Ross River Resort, a 45 minute drive from Alice Springs. Don’t miss this rich smorgasbord of music alongside the stunning landscape and desert culture that is WOS. Punters are highly encouraged to secure their spot at one of Australia’s most diverse and geographically unique festivals by snapping up a ticket right here. Don’t say we didn’t warn you.

Festival Director Scott Large says ”We take a very wide approach to programming the WOS music experience. All of us behind the scenes have restless tastes in music and we like the festival to introduce people to acts they may not normally check out. We definitely put a lot of time into getting the flow right so each stage is a journey through various styles each day. We are really pumped to have Sampa The Great and Briggs on the program this year of course. But personally I love seeing the local acts put in the hard work to elevate their performances and blow interstate visitors away. The NT has a rich musical tradition with bands like Warumpi Band, and the next wave of acts are bringing incredible new energy and flavours”

Stay tuned for the full music program including arts, performance and workshops which will be announced over the coming months. Market Stall Applications ranging from food stalls to healing stalls are now open and those eager to volunteer will be able to apply soon. Get involved with WOS here to stay in the loop and be the first to receive WOS festival news and announcements. 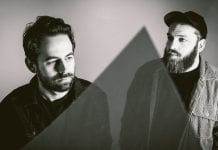