In the previous five years, Esports events have attracted a tremendous amount of interest from all over the world, not only with big tournaments but also with various summits that are critical to the growth of the online Esports gaming sector. Following the involvement of a large chunk of investment and sponsorship from the world’s top companies and brands, the Esports industry has become enormous. We are talking about an industry valued at 1.38 billion US dollars in 2023 and will grow even more in the coming years.

The Esports industry is constantly expanding and is inextricably linked to several other sectors, both directly and indirectly. With the involvement of various industries, many stakeholders have emerged, including Federations and Associations, Broadcasters, Streaming Platforms, Major Teams, Event Operators, Developers, Gambling Organizations, Esports fantasy, Equipment and Apparel Manufacturers, Sponsors, and others. And, with so many individuals and corporate bodies involved, it is critical to plan the sector’s future, so many events are arranged each year where stakeholders assemble to discuss the future of the gaming business. Valve, the company behind Counter-Strike: Global Offensive, has decided to hold two Major competitions per year. In 2022, we had the PGL Major in Antwerp and the IEM Major in Rio, both of which smashed viewership records and were huge triumphs on Esports betting sites.

CS: GO Major events consistently attract millions of concurrent spectators, and Valve intends to bring the next CS: GO Major to Paris. The event will be organized by BLAST, which makes this Major one-of-a-kind..

BLAST has never officially collaborated with Valve to host a Major but has hosted some solo events without Valve’s assistance. However, CS:GO enthusiasts believe BLAST to be the best tournament organizer, as they have hosted incredible tournaments without the aid of Valve. Millions of CS:GO fans are excited about this partnership with BLAST and Valve, and Paris is the ideal location for the Major!

That being said, this tournament will surely be an unforgetable spectacle for all CS:GO fans. Considering the fact that it is a Major, there will be a pick-em challenge and you will also be able to bet on all CS:GO mathes during the event.

Esports has grown in popularity and popularity throughout the years. However, the sector is still relatively new, and many future growth areas will need to be studied and worked on to keep the growth graph heading upward. So, in the presence of the world’s top-most game developers, major investors, top teams, content creators, and analysts, the Esports Universe Summit 2023 will be held in Hong Kong. The aim will be to discuss the prospects of the Esports industry and the necessary changes, innovations, and technologies required. The event will be held in Hong Kong, with dates to be revealed soon.

With 4 million peak viewers, League of Legends is well-known for having the most extensive fan base. Furthermore, the 174 million hours of cumulative watch time demonstrates the tournament’s popularity. Despite having a smaller prize fund than TI, Worlds offers an excellent deal to the victors. So, if you’re a pro gamer who believes they have what it takes to win, this $6.7 million prize pool is yours.

The LoL Worlds 2022 finished on November 6th, with DRX declared global champions after defeating T1 3-2 in the Grand Finals. The tempo of the Best of 5 series delighted and gratified fans, and the tournament as a whole was a big success.

Tundra Esports triumphed in 2022, winning over $8,500,000 in prize money. Though this is an enormous sum, it is typical for The International, which usually has prize pools of over $20,000,000. The International is a yearly event for the Dota 2 community. People who don’t even play the game prefer to tune in to watch critical matches as the stakes rise throughout the season.

The Asia Pacific Game Summit will return in 2023 alongside the Taipei Game Show in Taipei, Japan. It will take place from February 2nd to 5, 2023, and will be held at the renowned Taipei Nangang Exhibition Center Hall 1. The event will bring representatives from Business 2 Business (B2B), advertising bodies, publishers, and game developers to discuss collaborations and methods to extend the gaming ecosystem to benefit all stakeholders.

International speakers will also be present to discuss their experiences and perspectives on the Esports sector. The event will have two zones, one of which we have already described and the other being the Business to Consumer (B2C) zone. It will be an expo-style event where players can attend and play reality games through demos.

The championships for Valorant will take place next year in Seoul, South Korea. It will be the first live VCT Masters competition held in an Eastern nation, specifically South Korea. The Valorant competition is anticipated to draw many spectators due to its extensive Korean fan base.

In short, the 2022 calendar year was a massive success for the Esports sector. All Esports fans have enjoyed the great competitions and storylines we’ve had. But the fun doesn’t stop there; we can look forward to more amazing Esports events in the upcoming year! 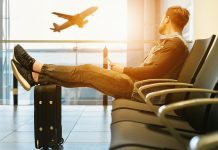 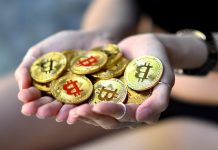