PANIC-BUY shopping that leaves you hideously in debt, Alex Ferguson whining about fixture pile-ups, catching crabs off that fat bird on reception at the office party , yet another shit £10billion BBC five-part adaptation of a A Christmas Carol – all signs that the season to be jolly is just around the corner.

But nothing says “It’s Christmas!” more than a host of crap novelty singles.

Already there are rumours abound of a couple of dodgy collaborations by bands who should know better.

For starters, The Killers have written a track with Elton John featuring Pet Shop Boys singer Neil Tennant on vocals.

Killers frontman Brandon Flowers denied the band were trying to oust closet-loving Cliff Richard from his perch as king of gay Christmas singles.

“I have a sneaky suspicion Elton is just going to want to get us in a room and just do a straight recording,” he said.

As if that wasn’t bad enough, Swedish punks The Hives have teamed up with Cyndi Lauper, presumably to stop her re-releasing ‘Girls Just Want to Have Fun’ for a 19th time.

In a statement worthy of double-entendre loving Finbarr Saunders, The Hives said: “We had to, it came to us. It landed in our lap and was way too good to shake or toss.”

IN a move that has come almost 20 years too late, the BBC have snubbed Take That.

Bizarrely, it’s not because they’re shit either, it’s because Simon Cowell convinced them to duck out of Strictly Come Dancing to go on ITV’s X Factor instead.

The boyband, and we use “boy” in the loosest sense, offered to perform on the network’s live New Year’s Eve show by way of apology, but were turned down by the Beeb.

Frankly, it’s about time Cowell did something good for the music industry after helping launch the careers of Gareth Gates, Kelly Clarkson, Leona Lewis and Will Young.

“The Strictly producers were fuming and it has seeped down to other production teams. Take That were told they would not be needed at New Year,” said a BBC source according to The Sun – which probably means the quote was made up.

Mad mac’s at it again

THEY told him The Frog Chorus was a bad idea.

He was warned that Heather Mills could turn out to be a bit of a gold-digging mentalist.

He was jointly-responsible for the release of ‘Free as a Bird’ despite the fact it clearly sucked arse  – yet Paul McCartney still can’t seem to spot a bad idea when it slaps him in the face several times.

Macca has finally confirmed that a 14-minute Beatles song called ‘Carnival of Light’ recorded in 1968 exists and is keen for it to see the light of day, even though it was obviously a bad idea at the time and he was shouted down by the rest of the band when he wanted to put it on their ‘Anthology’ compilation.

“The time has come for it to get its moment,” said the delusional Scouser.

“I like it because it’s The Beatles free, going off piste. I said all I want you to do is just wander around all the stuff, bang it, shout, play it, it doesn’t need to make any sense. Hit a drum then wander on to the piano, hit a few notes, just wander around. So that’s what we did and then put a bit of an echo on it.”

If you’re reading this Paul – and you’re still going against everyone’s advice – it sounds like a fucking brilliant idea mate. Get it out there.

• DESPITE the fact that her dad is obviously shit at it, Lily Allen is considering a move into acting. According to friends, the faux-chav singer has been talking to her dad about treading the boards ahead of the release of new album ‘It’s Not Me, It’s You’ in February.

Of course it’s possible she just wanted to copy Katy Perry but misheard and read up on thespianism.

“She thinks it might get her out of the spotlight, which is what she has found hard to cope with,” said a close source.

“The next six months will be the most important of her life. She is getting some control back.”

Hmm. Get out of the spotlight by appearing in even more TV shows … anyone else spot the minor flaw in the plan?

• IT’S been a tough and, frankly, inexplicable rise to stardom for talentless teenager Miley Cyrus.

Lily Allen probably thought she had it bad being the daughter of legendary cock Keith Allen but spare a thought for poor Miley. Not only was dad Billy Ray responsible for the worst country single of all time – which invariably means the worst single of all time – she was also blessed with an unprecedented lack of ability and, as she revealed this week, the heartbreak of acne.

“I used to have really bad breakouts,” she said.

“My mom took me in [to the doctor’s] and we sorted that out. But it made me really insecure.” 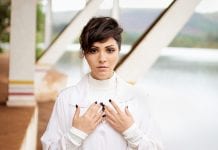 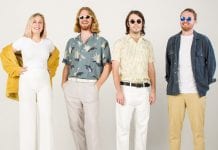