While many believe climate change to be the main reason behind the increasing frequency of bushfires in Australia, they can be traced back to 1642. Though probably then many Aborigines might have been involved in setting the bush to fire for hunting seasons. Nowadays, there is ample evidence that environmental forces and the nature of the continent itself play an important role. A single spark created by lighting or as an accident can go out of control due to the continent’s hot and dry climate.

In recent times, the 2019/2020 Australian Bushfire season was the worst. It all started in November 2019 in New South Wales and ended in February 2020 where the last of the fires was reported to be extinguished. It has been estimated that at least 1.5 million animals were killed and nearly 34 people lost their lives. This horrific event and its media news coverage clips still haunt us to this day. Let us take a more in-depth look and see how these recent turn of events are warning us about global warming.

Perhaps one of the most devastating effects or globing warming or should we say the aftermath has in store for us including more unbearable heat, flooding, and droughts. Scientists believe that with climate change, natural cycles that replenished the earth’s resources would be lost. This disruption would wreak havoc and thus bring about greater turmoil for all us. Not only would it cause the temperatures to rise, but there would be considerable heat waves that would incite fear in all of us. These will be followed by flooding plus droughts in places as the water cycles around the planet would be destroyed.

Climate change is upon us, and there is no denying it. Last year in 2019, the European Heat Wave killed almost 30,000 people and caused a loss of 13 million Euros. The worst areas affected by this sudden change in climate were Germany, France, and Spain. Temperatures recorded around the venues were as high as 113 degrees Fahrenheit or 45 degrees Celsius. For anyone who had studied biology before completing their high school years knows that all living cells and enzymes start to die at 50oC. These rising temperatures pose more than enough risk sadly still the world remains adamant about neglecting all warnings and signs.

The future of many urban centers around the world is looking pretty grim. According to the Research Article: Understanding Climate Change from A Global Analysis Of City Analogues, cities like Madrid, Stockholm, London, Moscow, Seattle, and Tokyo would all go drastic changes. The basis behind this research to see how climate change and global warming will impact 520 cities of the world with populations of at least 1 million people was to see the global outcome as a whole.  The picture reported by the authors is quite grim, to say the least. While 77% of cities studied will experience a climate similar to another city rather than their own, 22% of them would experience a climate as they have never experienced before.

If you are living in the US, then the future looks pretty bleak. According to EOS.org climate change will lead to a diverse set of changes including drought frequency, severe precipitation, and changes in sea levels. Scientists involved with the study of global warming have detailed reports that predict how climate changes could play out across the country in decades from now. The CSSR (Climate Science Special Report) developed by the US government show thousands of references that are leading to rising oceanic temperatures, diminishing snow cover, heat waves, droughts, and even hurricanes. The report also outlines how human activities and greenhouse gas emissions play an imminent role in this horrifying event.

Throughout the globe, we find pieces of evidence that sea level has been rising from the start of the 20th Century. Several reports show that from 1993 to 2018 due to thermal expansion of the seawater, the sea level was raised by 42%.melting of glaciers is expected to accelerate further during the 21st Century. The major contribution to the continuous rise in sea level is associated with the planet’s change in climate brought about by global warming. Excessive amounts of heat that are trapped within our atmosphere by greenhouse gases absorb sunlight and don’t let it pass. This leads to storing up to 90% of the extra heat that causes global warming.  If you have any doubts, then buy research papers UK from experts that can provide you with in-depth research and various authentic references on the topic.

Many human activities, along with natural events, are said to be the main cause behind global warming. This is leading us towards an era where people around the world would experience chaotic weather. Our use of fossil fuels emits greenhouse gases, including Carbon Dioxide, Nitrous Oxide, and Sulphur Dioxide. If these activities go unchecked, then it will create a definite threat to the survival of mankind. The extreme weather forecast includes intense rainfall, flooding of natural habitats, more frequent heatwaves, oceanic acidification, and a wide range of unprecedented uncertainties. Furthermore, there are evident warning signs that are leading towards extreme tropical cyclones and the formation of record-breaking hurricanes in the Atlantic Ocean.

So what are the unpredictable conditions that are scientists are talking about? These can include sudden deaths of endangered species, loss in sea life, and destruction of natural habitats in the world. Droughts would lead toward less agricultural produce and a shortage of many in-demand cash crops across the planet. Other predictions also include a rise in anomalies like viruses that can cause pandemics, famine, and other biological deformations and impairments in human beings. Since these are all lying in the unpredictable category, there is no way our current level of science and technology can forecast the impact of such scenarios on the human population across the world.

Global warming and climatic change are upon us whether we chose to accept or deny it. According to the WHO (World Health Organization), in 2015 alone, around 175 million people were exposed to heatwaves across the globe.  Exposure to heat caused 56,000 excess deaths in the Russian Federation caused by a 44-day heatwave in 2010. Science and technology do not lie; the results are quite plain and simple; our activities and dependence on fossil fuels need to be changed drastically. World leaders need to take immediate action, or else we are putting the future of all the next generations at terrible risk.

Claudia Jeffery currently works as a Lifestyle Blogger and Research Analyst at Crowd Writer. She is also a Trainer at a Dissertation Assistance where students can buy essay from professionals. During her free time, she likes to try out her scribbling skills to draw graffiti that soothes her and calms her down. 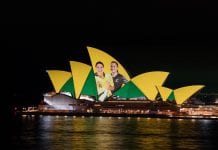 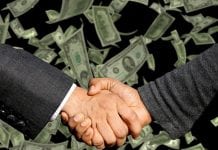 Need Money ASAP? Here are 4 Ways to Get a Personal Loan Today 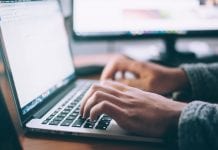