Returning to the music scene with a new solo project, Christopher John releases his debut single ‘Be Honest.’

Taking musical influences from minimalist ambient acts like Majical Cloudz and Sylvan Esso, the new summer-worthy number flourishes in dream pop romanticism. It’s a mellow approach into one’s feelings; particularly having to be honest about the way one feels for someone.

Made up of pulsing sonic synthesizers, which layers with Christopher’s soft, yet effortless vocals, ‘Be Honest’ showcases the purpose of his artistry. Discussing the track, he says: “I created a fairly restrictive sound palette and focused instead on the vocals and kept everything around them as simple as I could.”

It’s going weird but ok. I’m 2 weeks into self-isolation with my wife. We’d only moved to a new flat we’re renting a few weeks before the lockdown began. But we’ve got our health, there’s food on the table and our internet has been reconnected after 10 days without it. So I can’t complain! Less of a social life, but I think I actually like that… lockdown is the perfect excuse to not see anyone and hideaway.

When did you first realise that you wanted to make music?

When I was 17 and became jealous of my friends who were playing in bands and performing at our local music venue The Tunbridge Wells Forum. Up until 17, I had been obsessed with listening to as much music as possible and discovering new or unknown artists. After I joined my first band that changed because I realised I might actually be able to join in.

Tell us about your new single ‘Be Honest’, what were your inspirations behind the track?

I wanted to write a song where I articulated my actual feelings, without any ambiguity. It was the first song I wrote and produced on my own, so it was a real explorative moment for me creatively.

Usually, I will sit down at my piano and start playing chords. Then I just sing random lyrics until I find a melody or lyric I like! Easier said than done. On a good day, I can latch onto a melody or lyric I like almost straight away. On a bad day I get absolutely nothing down and have to step away from the piano and do something mundane to try and reset my brain a bit. On a medium day I accidentally re-write a song that already exists, before realising what I’ve done and walked away from the piano in a confused huff.

Did you face any challenges when producing ‘Be Honest’?

My own terrible production ability. I also had no real understanding of how to write drum parts, and to then make them sound good. I am still learning.

How would you describe your sound in three words?

What do you enjoy the most about being a Musician?

Creating something that wouldn’t have existed if you hadn’t put in the time. I find it so exciting writing with others or on my own, and starting with no ideas and no sounds, and then maybe just a day later having a fully formed song.

As a band member of Dead Ceremony, how does it feel to release solo material?

I only have myself to blame if a song is rubbish. I guess that’s a good thing? Either way, I love the band and I’m excited about putting out my own music too. It’s all good!

If you could perform anywhere in the world, where would it be?

Where does NASA launch rockets from? There. Or maybe The Tunbridge Wells Forum. It’s the best venue in the world.

What would be your dream festival to play at?

I’ve been lucky enough to play Glastonbury and I’d love to go back.

SO many. Majical Cloudz ‘Downtown’. Or ‘May I Have This Dance’ by Francis and the Lights. Or ‘Drown’ by Marika Hackman. Or ‘literally any song’ by Bon Iver.

What advice would you give to aspiring artists?

With the theme of being honest – I would have to say to all aspiring artists to stop releasing music and find another profession. It’s a nightmare trying to get noticed these days without loads more aspiring artists turning up and being good. I would like less competition for people’s ears and attention.

Joking (kind of). To any aspiring artist, I would say just put in the effort, there’s literally no secret to it. Just put in the time.

Finally, what can we expect from you in the future?

I can’t imagine life not in lockdown. But… assuming things don’t change forever… you can expect more music, a debut gig and more music.

Be Honest available to stream now. 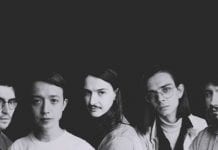 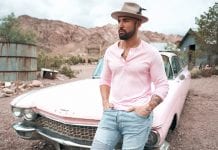