The Rugby World Cup is fast approaching, and with most of the front runners already finalising their plans, now is the best time to take stock and see how the best teams in the competition are looking ahead of the showpiece event in Japan.

It has been no steady road for Australia, as the actions of Israel Folau has left the national team in a state of chaos. Even now, the fallout from the recently sacked star actions are still being felt.

Folau has recently started legal proceedings against Rugby Australia, and fans will be hoping that this doesn’t derail any potential momentum that Michael Cheika has been able to put together.

The mood in the camp is without a doubt much better than it was 14 months ago, and that will undoubtedly ensure that the Aussie’s have every chance of succeeding in Japan.

Even without Folau, there is still a massive amount of talent at the disposal of Cheika. Players such as David Pocock, Michael Hooper and Bernard Foley will be expected to have big tournaments later in the year, and they could prove crucial in how the Aussies compete.

This would begin with a strong showing in their Pool. It is imperative that Australia finish top of their group to hand themselves and easier route to the final. However, Six Nations champions Wales will provide a stern test, with neither of the sides wanting to finish second.

A runners-up place in the pool stage could see the Aussies playing against the likes of New Zealand, South Africa or England to even get to the final whereas a winning spot in the group would see a straight forward passage with only a showdown with Ireland in between themselves and a place in the final.

The clash with Wales in the group will be crucial, and it will be difficult to separate the two sides, so the Aussies will need to ensure that they are firing on all cylinders when they come up against Warren Gatland’s side.

It has been far too long since Australia last got their hands on the famous trophy. The last time they were successful was in 1999 as they beat France 35-12. Since then, the Aussies have been beaten in the 2003 and 2015 finals against England and New Zealand respectively.

While they have also been knocked out in the semi-finals and quarterfinals in competition in between these years. There will be a feeling that no shortcomings will be tolerated this time around, and they will need to deliver the trophy.

It remains to be seen whether they can compete with New Zealand, and the Aussies will be hopeful of avoiding the All Blacks at all costs. In fact, the current holders are a tier above all the other countries, and the best chance that any contender has is by the All Blacks falling well below par throughout the competition. At their peak, nobody will be able to beat them, but if they were to drop their standards even the slightest bit, then the chasing pack would feel increasingly confident that they can knock out the holders.

The Aussies haven’t been in great form over the past year, and that would be a slight concern for Cheika. In 2018 they lost tests against New Zealand, England and Wales, and their form has increased as much as the coach would have hoped this year. Despite beating Argentina, the defeat against South Africa shows a deeper-rooted problem with the national side.

They will go into the World Cup as the sixth-ranked side in the world, and they are currently priced as the seventh favourites with various betting websites; that is the equivalent of the Cleveland Browns as ranked in the NFL playoff favorites. It isn’t impossible, but it certainly looks unlikely. 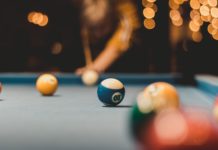