Thinking about participating in the world’s biggest food fight? Then you’ll want to read La Tomatina reviews to make sure you survive this epic Spanish festival. Straight off of First Festival Travel’s La Tomatina Tour, Locke Laurent talks us through his experience of La Tomatina 2016.

In 4 days First Festival Travel showed us Spain the way you are meant to see it; loud, rowdy and drenched in tomato and sangria. Arriving in Valencia we were lucky enough to get Spanish Vin Diesel as our taxi driver. Señor Diesel whipped us through the traffic on the way to the hotel at record speeds while holding up a jolly discussion of which we understood nada.

First Festival Travel staff and every one that was crazy enough to buy a ticket to a giant Spanish tomato brawl were all kept at the Expo hotel in Valencia. The hotel had pretty slick 2 or 3 modern bedroom apartments, mercifully equipped with air con.

After getting a quick de-brief from the veteran tour staff of what we were in for over the next few days we all dressed up for a night out in Valencia’s Old Town. A lot of Australians and Kiwis were in our midst but the group was still a solid combination of ethnicities from all corners of the globe.

Now, as the Spanish do favour the free-pour over measured alcoholic drinks we are not sure we are in the best position to comment on exactly what Old Town looked like that first night, but it felt like something out of a storybook. Approaching the giant fort-like entrance, it was an ancient twisted maze of cobblestone, old pastel balconies and chest thumping nightclubs snuggled next to glorious kebab joints.

As we wondered home in the wrong direction, I came across the famous Catedral De Valencia built mostly in the late part of the 13th century. Decadent gothic architecture is not exactly what I expected to see on my search for a cab ride home but it was welcomed with open, and inebriated, arms. We sat down, kebab in hand, and just had a good stare to take it all in before finally returning to the hotel. Day 2 kicked off with a brutal hangover but this was quickly remedied thanks to the restaurants off the back of the Expo hotel serving mouth watering bocadillo’s and fresh gambas.

A free breakfast buffet is included in the tour package with First Festival, however, when one returns home at 6am not even the promise of crispy bacon is enough to arouse such a slumber before the kitchen closes at 11.

The Water and Wine Festival is an optional extra for the First Festival Travel tour but we recommend everyone should take advantage of it. The festival takes place in the regional municipality of Requena about 50 minutes west of Valencia where you will join in a musical parade drenched in water and wine, plus a bullfight with the locals.

The bullfight is really just an excuse for the locals to watch over confident tourists get head butted by a giant bovine we’re pretty sure; as you are encouraged to take part in the festivities by hoping into the ring, but then again you are also encouraged to drink.

A large red cage sits in the centre of the stadium where tourists and locals alike can seek refuge from the bull, but if you time the run to safety wrong you’re in trouble.

After the bullfight, the festivities spill onto the streets as high-vis officials and pockets of marching bands lead a parade through the tiny streets of Requena. Locals that are not taking part in the parade throw buckets of water down on you from their balconies or hose u off from their front door. Having small bunches of marching bands throughout the entire parade really gets you in the spirit of the night even if you didn’t know the lyrics to their chants or even where you were going.

After a few stops to fill up our bottles (or buckets in some cases) at the free wine trucks strategically planted around the festival route, we all poured into a big clearing like a town square. Most of the parade goers were young locals who had a surprisingly good grasp of english and were eager to come up for a chat or to teach us the words to their chants. The sense of community you get at a festival like this that isn’t inundated with foreign tourists or tacky street vendors, really gives you a special insight to the Spanish people, how they live and what’s important to them. Today was the big day, the bus left the hotel at about 8:30am which was a struggle seeings as our bus from the night before only got us home at 4am, but we soldiered on. The Tomato war was to take place in the small town of Buñol which is only about 40 minutes west of Valencia. Walking through the town on our way to the bustling centre where the fight would take place was reminiscent of last nights events in Requena.

At 11am the fight is meant to take place, traditionally however it should only commence when someone retrieves the giant leg of ham from the top of a greased pole in the centre of town. After many failed attempts the locals lost interest and sounded the cannon for the tomato fight to begin, so in came the trucks.

Initially we thought it was two dump trucks of tomatoes that would be unloading in the centre of town but during the onslaught we counted 6. More than 20,000 people were squished into the tiny streets of Buñol, so when we were given our ammunition we didn’t need to be told twice. Full blown war broke out. Tomatoes came in from all directions and like a heavy metal mosh pit it was every man for themselves.

Heres a few top tips if you are thinking about going next year:

The tomato fight goes on for about an hour or until the second canon is sounded. Walking back up through the streets of Buñol with tomato stuck in every place imaginable was a unique experience. Buñol is another beautiful rural town in Spain with a close community and beautiful old buildings, getting help from the locals to wash off after the fight and just stopping to appreciate some of the views from the hilltops is truly a highlight of the entire trip. DAY 4 – AFTER PARTY AND HEADING HOME

After the tomato fight you have time to go home for a shower and a nice siesta before First Festival take you out for your final night in Spain.

The nights out in Valencia are fun, a standard spirit with mixer is about 5 euro which is pretty decent considering all their drinks are free-pour so you don’t need too many, and with check out being at 2pm the next day, you really don’t need too many.

The next day you will be checking out of Expo Hotel and heading off back home or onto your next adventure. Adios!

The Deluxe 4 Day Tomato Fight tour with First Festival Travel is a quick snap shot of Spain, but definitely one you are going to remember. La Tomatina is a full-on experience and definitely one you will want to do with friends.  If you want a real authentic night in Spain book the Water and Wine Festival in Requena, get lost amongst the masses and dance, sing and drink with the locals in a down-pour of tasty but potent truck-wine and refreshing hose water from the local families.

Now you’ve read the La Tomatina reviews it’s time to book the 4 Day Deluxe Tomato Fight Tour with First Festival Travel or have a look at some of the other great tour packages they offer take a look here. 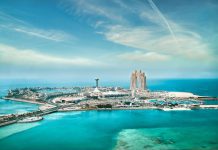 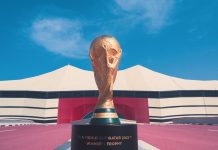