It’s common when you move to another country to Google around to see what advice you can unearth on expat blogs – of course some of the info will be useful, but you may have to sort the wheat from the chaff before finding out what you need do.

What you’ll find is that the blogs you’ll find are generally about communities, jobs, families, cultural changes and the like. You know, the important stuff that will either make or break your adventure Down Under. But none of them note the more subtle things that you’ll notice.

There’s an abundance of little things you should be aware of when moving to Australia and so we’ve assembled the top five here to help make the transition a smooth and relatively stress-free one. Okay they won’t shake up your world but it’s nice to know about them before you don your sunnies and slip on the thongs (that’s Aussie for flip flops btw).

1) Ditch the plastic! Australians aren’t as keen on bottled water as Brits. Water from the tap is clean and many Australian families keep a jug in their fridge. Okay so perhaps other countries are leading the world on environmental issues (for example, it seems bizarre solar power in Australia is only a recent development) but the decision to shirk the endless plastic bottle production is a great step in the right direction.

2) Going out for dinner? Tipping is nowhere near as important in Australia as it is in the UK. In many restaurants, cafés and bars across the UK, waiting staff will try to bump up their tip by making conversation, regularly checking in and perhaps even offering up the odd compliment. Australian patrons for the most part don’t want this and don’t expect it. They want to be served food and drink and left alone. Sometimes they will tip, sometimes they will not. It’s not mandatory in Oz.

3) The heat does not automatically mean people in Australia convert their homes and offices into fridges. Brits tend to complain when the mercury goes over 26 C – although we complain about weather generally, that’s our thing, but when we feel we can’t function in the humidity, we tend to whack the air conditioning right up. However don’t assume that’s what Australians do. They have a much more laidback and sensible approach to the heat given they’ve had to deal with it all their lives. So expect nice cool environments rather than frosty receptions.

4) Creepy Crawlies are of course something that’s synonymous with Australia. Sure, they’re bigger in Australia but nine times out of ten they are no more dangerous than the insignificant itsy-bitsy ones you’re used to in the UK. Sure there are more poisonous spiders in Australia but the last time someone died from a spider bite in Australia was 1979. You’re more likely to die swerving out of the way to avoid a cute little quokka.

5) There’s no Marmite in its place you’ll find Vegemite – you might find it a little strange at first, but soon enough your toast will be laden with the stuff. Trust us, it’s unavoidable.

Another way of making your transition a smooth one is to talk to Seven Seas Worldwide about affordable and convenient relocation. Take a look at the website for the best options for a comfortable house move!

Get 5% off your whole shipment when you quote BBM

Find out more information about Cheap shipping to Australia 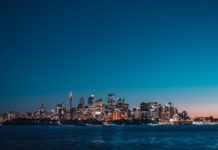 Save Money on Shipping to Australia 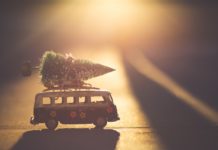