Australia is made up of 6 states and 2 territories, and the state of Victoria is one of the country’s most southern states. It’s also one of the states that’s most popular with local and overseas tourists.

One of the huge advantages of visiting Victoria is it’s a relatively small state, so you can get around in quick time and experienced quite a lot, even on a relatively short trip. In fact, if you’re staying in the capital of Melbourne, many awesome locations are only a day trip away from the city.

Let’s check out some things Victoria is most famous for.

It’s known as the penguin parade and it happens nightly on Victoria’s Phillip Island around sunset. During the day all the penguins have been out at sea hunting for fish. They then venture ashore to rest for the night, marching up a particular beach at dusk.

This cute and unique attraction has become a worldwide phenomenon. There are even small grandstands erected near the beach for people to view the parade and catch a glimpse of something you won’t see in many places in the world.

Formerly known as Fairy Penguins, but now simply called Little Penguins, they are the world’s smallest breed of penguin and it’s one of the cutest displays you’ll ever see in your life.

As the sun fades in the west, admire the penguins as they waddle up the beach to their nighttime homes in the nearby sand dunes.

Limited to just 70 people, there is also an underground viewing area, where you can watch the parade at eye level. It really is awesome.

In case you’re not aware, the Melbourne Cup is Australia’s most famous thoroughbred horse race, and it’s a part of the Spring Racing Festival in Melbourne. The 2019 Melbourne Cup looks set to be the biggest and best in the race’s more than 150-year history, with many entrants coming in from overseas.

You’ll experience a week-long party atmosphere in Victoria’s capital during Spring Racing Carnival, with Cup day being the main event and attraction. Watch street parades, meet some of the stars of the track, get trackside at Flemington Racecourse on the first Tuesday in November, drink copious amounts of champagne and dine of some of the best food on the planet.

Melbourne and Victoria are famous for a number of things, but the Melbourne Cup is very likely top of the list.

No, not the Biblical ones. These are actually limestone rock formations jutting out of the sea not too far from shore. Apart from being a spectacular sight, one of the reasons these rock formations known as the 12 Apostles are so popular is their close proximity to the shoreline.

In mild weather when the tide is out, you can actually go down onto the sand and walk around them, taking photos to your heart’s content.

The interesting thing is that there aren’t actually 12 of these limestone rock formations. There were eight, but due to continued erosion by the sea, there are now only 7 still standing. Hopefully, these 7 remain standing for many years to come.

The 12 Apostles are located in south-west Victoria along the famous Great Ocean Road. Apart from checking out this spectacular landmark, just a drive along this long stretch of road is breathtaking.

Another great location to take a break from behind the wheel is Bells Beach, a very well known spot because it plays host to some of the world’s top surfing competitions.

This picturesque valley is close enough to Melbourne city that you can actually take a day trip there and return by nightfall. However, to really appreciate this quaint rural location, you’ll really want to spend a night or two in the region.

The Yarra Valley is famous for its vineyards and making some of Australia’s best wines. Not only that, there is fine local food to enjoy, a historic railway where you can take a train ride, and loads of bushwalking tracks to explore.

You could lose yourself in the serenity of the Yarra Valley, and if you’re staying in the city, it’s an awesome spot to escape to just chill out. 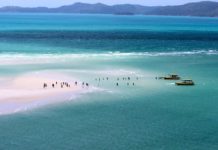 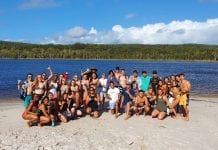 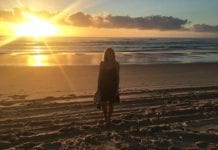