Cairns is a city in the east coast of the North Queensland region, situated on the edge of the Coral Sea. The city, with a population of over 0.15 million is ranked fifth among the most populous cities in Queensland and 14th overall in Australia with a surface area of 254 km2. Identified as the safest tropical city in the world, it is the ideal city to experience tropical climate with modern facilities including comfortable hotels, elegant restaurants and a variety of shops.

Cairns Things To Do

Related Post: Things to Do in Cairns Australia, Pubs and Nightclubs

Great Barrier Reef is the largest coral reef system in the world consisting of 3,000 coral reefs, 600 continental islands and 300 coral cays stretching for over 2,300 km over an area of approximately 344,400 km2. Visible from outer space, it is the world’s biggest single structure made by living organisms. Due to its remarkable variety, beauty, and the economic value, it was labeled as one of the seven natural wonders of the world and a state icon of Queensland.

North of Cairns you’ll find the popular Daintree Rainforest. Be warned, you’ll need to do an overnight stop to reach the Daintree which is over 125km from Cairns. Being a part of the Wet Tropics Rainforest, the oldest continually surviving tropical rainforest in the world, Daintree Rainforest is unspoiled and virgin without any human intervention. Being the birthplace of the first flowering plants of the world, it carries an aura of mysticism and an awe-inspiring beauty which will intoxicate every person. 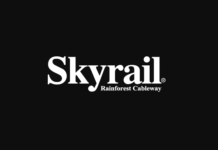