The city of Toowoomba is situated in the Darling Downs region in the state of Queensland. Being the regional capital of Darling Downs and the largest inland city of Queensland, it has a population of about 0.15 million and is ranked second among the most populous inland cities in Australia after Canberra.  Due to the placement of a large number of gardens and public parks in Toowoomba, it is nicknamed as “the Garden City”. Due to ever developing infrastructure leading to the generation of new jobs decreasing unemployment, Toowoomba has become one of the fastest growing towns in Australia.

Toowoomba Things To Do

With a warm subtropical climate, Toowoomba experiences warm summers and cool winters. In summer (December, January and February), the city experiences an average temperature of about 28° C while in winter (June, July and August), the average temperature is about 17° C. Toowoomba is considered to be cooler in all the seasons when compared to other cities in Queensland crowning the edge of the western slopes of the Great Dividing Range 700 meters above sea level.

Places to see in Toowoomba

The heritage-listed botanic garden of Queens Park is situated in Lindsay Street in East Toowoomba. Adored by tourists and locals alike, the immaculately tended floral garden and the network of walking tracks make it an ideal place to spend leisure time.

As a place filled to the brim with peace and tranquility, the Japanese Garden is one of the most peaceful and eye-catching parks in Toowoomba. Located on the northern side of the University of Southern Queensland, it is the largest Japanese stroll garden in Australia.

Considered a challenging hike of 2 about km with approximately 1.5 hours taken to complete, it is the ideal hike for adventurous souls. The view from the top of the mountain is breathtaking and is totally worth the effort. 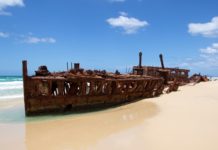 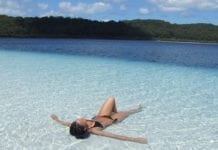