Melbourne is the sports, arts and cultural capital of Australia, offering stability with healthcare, environment, education, and infrastructure for a population of 4.9 million and growing. Melbourne is one of Australia’s oldest cities and the original Australian gold rush town.

The houses in Melbourne will be a big attraction for anyone moving from the UK. Rather than rows of similar-looking semi-detached and terraced houses you’ll find Melbourne’s charming suburbs filled with unique and spacious detached houses.

However, although there are some very hot days, the average highest temperature in the summer is a comfortable 26c and generally drops to a mild 14c in the winter. On average, Melbourne has 2200 hours of sunshine per year, compared to just 1480 hours in London. Melbourne also has the advantage of not being as hot as many other Australian cities, so it is, therefore, the perfect compromise for Brits wanting more sun, but concerned about it being too hot!

It goes without saying that Australia is home to some of the world’s best beaches. Make the most out of the long, lazy days of summer and take advantage of some of Melbourne’s best coastal destinations. From popular bayside areas just a quick drive from the city to secluded coves worth making a day trip for, Melbourne has plenty to offer for everyone. St Kilda Beach is one of Melbourne’s most iconic coastal spots, attracting a solid mass of tourists and locals alike.

Environmental sustainability is at the heart of Melbourne’s future. Melburnians are choosing how to meet their daily needs without compromising the ability of future generations to be able to do the same. There are already 4.8 million sq. metres of green public parkland in Melbourne’s city centre alone. The city’s urban ecology is being designed and managed to balance between its flora and fauna, microclimate, water cycles and it’s human, social and economic infrastructure.

Walk down the famous Hosier Lane and admire the street art that has made Melbourne’s urban art scene renowned around the world. Soak up the diverse variety of murals, portraits and quotes created by both local and international artists. Appreciate street art all around this colourful city, whether you’re passing a Donald Trump mural on the train to Richmond, or discovering a recent tribute to a well-loved celebrity outside a secret bar in Fitzroy. 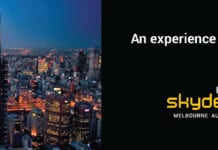