It’s a happening night outdoors, but the sudden influx of a new crowd of customers has added warmth and new energy to the pub. The noise level increases, the laughter echoes around the hall, the barman casts a smile on our side, and the flame in the grate seems to glow a little brighter.

P.J.O’Brien’s is located in the core of Southgate, one of the longest standing live entertainment Melbourne pubs and a favourite destination for locals and tourists. Whether you’re after a quiet beer, a comfortable meal, newly shucked oysters after-work drinks or all of the above with live music every night.

There’s something about an old pub that triggers a new-fashioned wonder in our collective imagination. A feeling of being connected to a simpler time, when sweaty horses were roped out of the front and early homesteaders scraped the mud off their boots on the deck before enjoying a–probably room-temperature–beer.

The Curtin’s band room has a full schedule of local, national and international acts and there are free live gigs in the front bar every Saturday. Gig posters cover the walls and band stickers plaster the bar fridges, which chill glasses for craft beer on tap like Brooklyn, Barrow Boys and Two Brothers. For the past year, the kitchen has been occupied by barbecue masters, Bluebonnet.

Within its walls are a swanky nightclub, a boutique hotel, a casual Mexican eatery, a five-star restaurant, a huge band room, and an old-school public bar. The public bar is a classic dive-pub with pool tables, diner-style booths, and one old bloke helping to collect glasses for a pot or two of super cheap and totally drinkable house draught. There’s live rockabilly on Sundays and various acts Friday, all free, plus DJs for the Saturday night crowd.

Like this, Read this: Turf Bar Melbourne Backpacker Sports 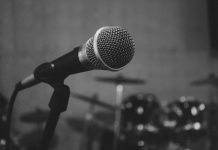 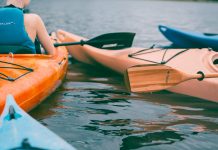