The 2019 Melbourne Comedy Festival runs from March 27 to April 21, 2019, and marks its 33rd anniversary. There are more number of shows and venues than ever before and it has become one of the most important and respected comedy festivals in the world.

Probably the flagship of Melbourne’s entertainment calendar; the comedy festival brings together local and international artists who laugh at comedy, music, misleading social commentary and, above all, for more than 3 weeks! 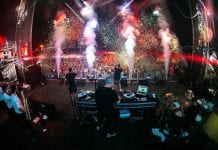