The farming calendar of Australia shows the harvest season of each city and this information helps policymakers, farmers as well as backpackers. Australia is a country with a very big agricultural industry. To get a good overview of the fruit picking seasons in Australia to check the harvest calendar. It shows you what’s in season and where to go state by state. This makes it really convenient to plan your fruit picking adventure.

Strawberry picking season is in January and February and again in November and December. Vining is in  July and August.

Pears and apple harvesting start in February and goes on until December with a break in October. Stone fruits are harvested from January to March and again in November and December. Harvesting of Tomatoes is from February to May while vine harvesting is from March to September.

Pear and Apple harvesting in Manjimup

Vine harvesting in the Margaret River region starts in January and ends in April and again from June to August.

Like this, Read this: What on in Perth from January to March 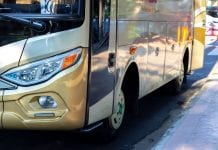