Boilermaker House is a Blues-filled temple devoted to malt whisky, craft beer and delicious cocktails. They are masters at food and drink pairings and have an extensive and exciting menu. The only issue you’ll have is figuring out how to leave because this place really is special.  If whisky and an ever-evolving roster of craft beers on tap sounds like your bag, then Boilermaker House should be your port of call.

Cookie has the unusual blend of being a beer hall, Thai restaurant, cocktail bar and a disco that goes late into the night. Only at Cookie could they pull off such an unusual combination and do it with such panache. Eclectic cocktails, beers & Thai dishes served in a hip, bustling space with murals on the walls.

Half wine bar-half cocktail bar, where the drinks are served up by some of the most talented and stylish bartenders around. Arlechin is open 5 pm until late Tuesdays to Saturdays and the sort of place where you always have a great (and often late) night.

Embla is a charming intimate wine bar in the centre of the city that serves up world-class food alongside their impressive drinks. Another plus? They stay open late in for anybody wanting a quality glass of wine in the city after hours.

This is a bar straight out of 1920’s Prohibition America. The cocktails are as good you’d find in some of the world’s best bars, with a big focus on drinks for whisky lovers. Classy bar with whiskey, cocktails and tasting menus, plus a hidden lounge behind a bookcase.

Like this, Read this: Best British Pubs in Sydney Surry Hills Kingsford Haymarket 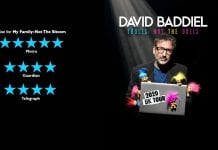